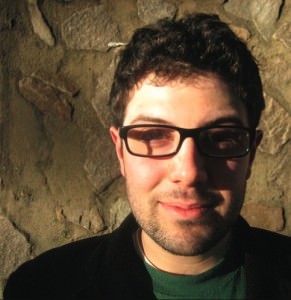 Yale School Of Music student Christopher Cerrone '09 MM is among the writers and composers who will take part in the first Yale Institute For Music Theatre, June 7-21, 2009.

Cancer? the musical, with music, book, and lyrics by Sam Wessels;
Invisible Cities, with score and libretto by Christopher Cerrone ('09 MM); and
POP!, with book and lyrics by Maggie-Kate Coleman and music by Anna K. Jacobs.

Cancer? the musical
Music, Book, and Lyrics by Sam Wessels

About to graduate from college, intrepid Sam had a lot in front of him.  He had an acting career to start, musicals to produce, and the mysteries of adulthood waiting to uncover.  Then for a graduation gift, he got leukemia.  Cancer? the musical is an ingenious,  funny, heartfelt, and unsentimental depiction of Sam's roller-coaster ride through the first dizzying nine months of his diagnosis and treatment—and how the cure ended up transforming his life long after the cancer itself was gone.

Sam Wessels is a 2008 graduate of the University of Utah Actor Training Program, where he received his BFA.  He has written four musicals and is working on his fifth.   His first musical, Notes on a Sunday, was produced by the University of Utah in 2008.  Rectum! was given a staged reading this winter at the Salt Lake Acting Company.  At the University of Utah, he appeared as Bobby Strong in Urinetown, Baby Face in Happy End; and acted in and composed music for The Caucasian Chalk Circle and The Winter's Tale.

In Invisible Cities, Kublai Khan, sensing that the end of his empire is imminent, looks to young explorer Marco Polo to prevent the fall.  Instead, Polo recounts stories of his many journeys—to far-reaching lands and through the landscape of his memory—illuminating why the fall of Kahn’s empire is inevitable.

Christopher Cerrone is currently studying composition at the Yale School of Music ('09 MM). Invisible Cities will be performed this May at both New York City Opera’s VOX Festival and Virignia Arts Festival.  His previous works have been performed by the Orchestra National de Lorraine, Flexible Music, the Yale Philharmonia, the Manhattan Composers' Orchestra, the New Music Collective, the New Music Institute at Berlin's Hochschule fur Musik, saxophonist Eliot Gattegno, the Grenzelos Ensemble, and the Zwo Concert series, as well as at the John F. Kennedy Center with Red Light New Music, the New York City-based ensemble and concert series that he co-directs. www.christophercerrone.com

POP! re-imagines the events leading up to the shooting of Andy Warhol as a pop-art murder mystery show, with his New York Factory cohorts taking on the roles of stock detective film characters.  With Candy Darling, the beautiful pre-op transsexual, acting as hostess, the artist is confronted by his relationships, his art, and perhaps his greatest creation: Andy Warhol.

Maggie-Kate Coleman received a BA from Ithaca College in Drama and Medieval Literature, an MFA from NYU's Graduate Musical Theatre Writing program, and also trained at the National Theater Institute and the Theatre Academy in St. Petersburg, Russia through the Eugene O’Neill Theater Center.
Anna K. Jacobs, originally from Sydney, Australia, is a graduate of the University of Sydney and NYU’s Graduate Musical Theatre Writing program.  POP! received a developmental reading at NYU in spring 2008 and was also presented as part of the New Musical Theatre Festival at Penn State. Other collaborations by Coleman and Jacobs include the theatrical song cycle Stepmommy Dearest, written for Tanglewood Music Festival.

Additional staff for the workshops and details about free open-rehearsal readings of each musical will be announced.

Established by Yale School of Drama (James Bundy, Dean) and Yale School of Music (Robert Blocker, Dean), the Yale Institute for Music Theatre seeks to identify distinctive and original music theatre works by emerging writers and composers, and to serve those writers by matching them with collaborators such as directors, music directors, and actors/singers who can help them further develop their work.  By limiting production resources and values, the workshop will keep the focus on the creative process of the artistic team.