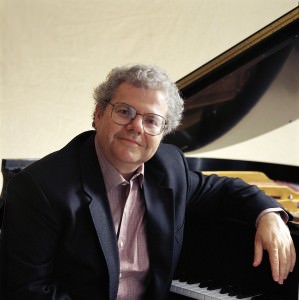 The Yale School of Music is pleased to announce the appointment of Emanuel Ax as Visiting Professor of Piano for the 2009-2010 academic year.  One of the world's leading pianists, Ax has longstanding ties to Yale and to the School of Music, including an honorary doctorate from the university.

Boris Berman, Coordinator of Piano at YSM, notes that “for many years we felt honored to present recitals and master classes of this wonderful artist to the Yale community. His addition to the roster of the piano faculty will give our talented students an invaluable opportunity to work closely with one of the greatest masters of the piano.”

Emanuel Ax captured public attention in 1974 when he won the first Arthur Rubinstein International Piano Competition in Tel Aviv.  In 1975 he won the Michaels Award of Young Concert Artists followed four years later by the coveted Avery Fisher Prize.  Ax studied at Juilliard and Columbia University and holds honorary doctorates of music from Yale and Columbia.

As an “On Location” artist with the Los Angeles Philharmonic in the 2006-2007 season, Mr. Ax contributed to a series of chamber and orchestral programs centered around Mozart and Strauss works.  With his wife, pianist Yoko Nozaki, a project with the Mark Morris Dance Group originally conceived for New York's 2006 Mostly Mozart Festival was repeated in Vienna and London.  In the 2005-2006 season, Mr. Ax served as Pianist-in-Residence with the Berlin Philharmonic, performing with the orchestra and Sir Simon Rattle.  Another highlight was as season-long "Perspectives" series at Carnegie Hall focused on the music of Debussy.

Mr. Ax has been an exclusive Sony Classical recording artist since 1987, with an extensive discography to his credit.  He has received Grammy Awards for the second and third volumes of his cycle of Haydn's piano sonatas, and with Yo-Yo Ma has made a series of Gramming-winning recordings of the Beethoven and Brahms cello sonatas.  In recent years, Mr. Ax has turned his attention toward the music of 20th century composers, premiering works by John Adams, Christopher Rouse, Krzysztof Penderecki, Bright Sheng, and Melinda Wagner.  He is a fellow of the American Academy of Arts and Science.