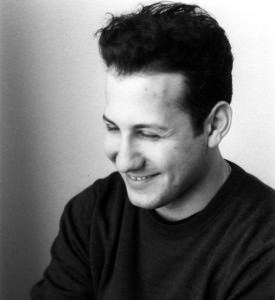 Julian Pellicano '07MM, '09MM, currently a conducting fellow at the Yale School of Music, has been appointed the artistic director of large ensembles in the Conservatory and principal conductor of the Longy Chamber Orchestra and Longy Chamber Winds, beginning in September. Currently, Mr. Pellicano serves as the assistant conductor of the New Britain (Conn.) Symphony and has toured with New Paths, New Music, a New York-based organization promoting cultural exchange through new music. Since 2008 he has been the conductor of the Norfolk New Music Ensemble, at the Norfolk (Conn.) Chamber Music Festival.  In addition to overseeing the direction of Longy's large ensemble program, Mr. Pellicano will teach conducting, privately and in classroom instruction, and will also serve on the Conservatory Faculty Advisory Council.

Born in Garden City, New York, Julian Pellicano earned double Bachelor's degrees in Percussion and Philosophy from the Peabody Conservatory and Johns Hopkins University, as well as a Graduate Performance Diploma in percussion from the Royal College of Music in Stockholm, Sweden.  Following his studies in Europe, Mr. Pellicano entered the Yale School of Music as a percussion major and was simultaneously appointed assistant conductor of the Yale Philharmonia (the School of Music's graduate orchestra). Upon earning his Master of Music degree in percussion, Mr. Pellicano was offered one of two conducting fellowships at the School. Over the past four years, he has led the Philharmonia in several concerts and has also taught conducting at the School of Music and at Yale College. His teachers at Yale have included Shinik Hahm, Joan Panetti and Robert
van Sice.

Julian Pellicano's additional training includes a Fellowship in Conducting at the Centre Acanthes, where he studied with conductors Peter Eötvös and Zsolt Nagy. His honors include the 2008 Presser Music Award and the Yale School of Music's Philip F. Nelson Prize, "awarded to a student whose musicianship is outstanding and who demonstrates curiosity, talent, and entrepreneurial spirit in the many dimensions of the music
profession." Mr. Pellicano recently participated in the Kurt Masur Conducting Seminar hosted by the Manhattan School of Music, as one of thirteen conductors selected from around the world.

Julian Pellicano has served as assistant conductor of the Daejeon Philharmonic Orchestra of South Korea and conducted the American premiere of Hans Werner Henze's Drei Geistliche Konzerte. Most recently, he appeared as guest conductor of the Tuscaloosa Symphony Orchestra.