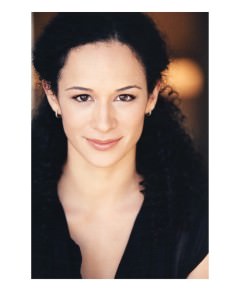 Lucia Brawley, an actress, writer, and outspoken advocate of arts education, will give the keynote address at Yale's 2009 Symposium on Music in Schools. A graduate of the Yale School of Drama, Brawley has also studied at Harvard University and Trinity College (Dublin). She regularly blogs about arts education for the Huffington Post. Her stated mission is to empower students through arts-integrated education.

Lucia Brawley is an actress and arts activist based in Hollywood, California. Ms. Brawley grew up near the World Trade Center and volunteered feeding rescue workers at Ground Zero.  She has also volunteered with at-risk youth through theater and organized extensively for the Obama campaign. She played Karen Jimeno in Oliver Stone’s World Trade Center; starred in two films in Hungary, including as the title character in Lora (Best Foreign Film, Philadelphia Independent Film Festival); appeared in numerous television series and a PBS Shakespeare Special with Clare Bloom, in which she played Juliet, Desdemona and Ophelia; and has performed in productions by some of America’s foremost theater artists, including Tony winner Mary Zimmerman; Pulitzer winner Nilo Cruz; Oscar nominee and Obie winner Jose Rivera; and Tina Packer of Shakespeare & Co., among many others. She also helped develop a documentary about 1960’s National Urban League Executive Director, Whitney Young, Jr., with his niece, Emmy-winning broadcast journalist, Bonnie Boswell.

The 2009 Symposium on Music Schools brings together fifty teachers from around the country who are selected for their outstanding accomplishments in teaching music in public schools. The selected teachers travel to New Haven, all expenses paid, to attend the Symposium and receive the Yale Distinguished Music Educator Award. This year's symposium will focus on two topics: Linking Music to the General Classroom, and the applicability of El Sistema, Venezuela’s famous music education program, in the United States.