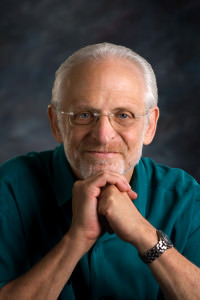 William Westney (DMA ’76, Piano Performance) has been named the Hans Christian Andersen Guest Professor at the University of Southern Denmark (Odense) for the 2009-10 academic year. This six-month university-wide interdisciplinary residency is granted annually to one scholar in any field. During his time in Scandinavia he will also perform as guest artist at the Sibelius Academy in Helsinki.

In June 2009 he was the principal guest artist/presenter at the Singapore Piano Teachers’ Association “Pedagogy Symposium,” playing a solo recital and giving five days of workshops and lectures. While in Asia he also returned to Tonghai University in Taiwan as guest clinician. Earlier in the year, Dr. Westney, who holds two endowed positions at Texas Tech University, was given the university’s highest teaching honor, the Chancellor’s Council Distinguished Teaching Award (only one award is given out of a faculty of over 1200). An in-depth interview with William Westney entitled “Breakthroughs – the Sweetest Moments in Teaching” comprised the cover article of the May/June 2009 magazine Clavier Companion – a new publication resulting from the merger of two well-established pedagogy magazines, Clavier and Keyboard Companion. His book The Perfect Wrong Note (Amadeus Press), now in its second printing, has sold over 10,000 copies worldwide.