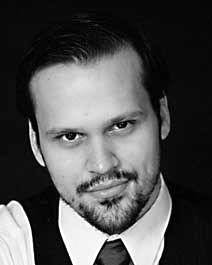 Edward Parks ’08MM will make his Metropolitan Opera House debut this season. Parks, a graduate of the Yale Opera program, was a winner of the Met's 2008 National Council Auditions at the Grand Finals Concert on February 24, 2008. He is a native of Indiana, Pennsylvania.

He will sing the role of Fiorello in Rossini's The Barber of Seville beginning October 3.