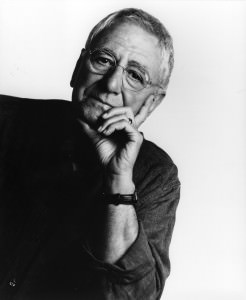 New Music New Haven presents a concert featuring composer Bernard Rands on Thursday, October 8 at 8 pm in Morse Recital Hall in Sprague Hall. Rands, a professor at Harvard, is the winner of such accolades as the Pulitzer Prize and a Grammy Award. The program will feature Rands’ virtuosic Concertino for solo oboe and mixed ensemble, and “now again” for mezzo-soprano and ensemble. Rands favors unconventional combinations of instruments: the ensemble for Concertino consists of flute, clarinet, harp, and string quartet, and that for “now again” includes flute, clarinet, trumpet, percussion, harp, violin, viola, cello, and soprano and alto singers. The text of “now again” compiles fragments of poetry from Sappho.

The concert will also premiere new works by two Yale School of Music composers. Jordan Kuspa’s Lemonade Battery for chamber orchestra will open the evening’s program. Following it will be Polina Nazaykinskaya’s Real April for soprano, baritone, and ensemble, based on the poetry of Jordan Jacks and Laura Marris.

Admission to the concert is free. For more information, visit music.yale.edu/concerts or call 203 432-4158.

About the Featured Composer
Through more than a hundred published works and many recordings, Bernard Rands is established as a major figure in contemporary music. His compositions have won him the 1984 Pulitzer Prize in Music, the 1986 Kennedy Center Freidheim Award, and a Grammy Award. Conductors including Barenboim, Boulez, Berio, Marriner, Mehta, Ozawa, Rilling, Salonen, Slatkin, von Dohnanyi, and Zinman have programmed his music. He was Composer-in-Residence with the Philadelphia Orchestra for seven years. Rands has been honored by the American Academy and Institute of Arts and Letters, Guggenheim Foundation, NEA, Meet the Composer, and the Koussevitzky Foundation, among many others. Recent commissions have come from Suntory Hall in Tokyo, New York Philharmonic, Carnegie Hall, Boston Symphony Orchestra, Los Angeles Philharmonic, Philadelphia Orchestra, BBC Symphony, and the Internationale Bach Akademie. A dedicated teacher, Rands has been a guest composer at many international festivals and Composer-in-Residence at the Aspen and Tanglewood festivals. He is the Walter Bigelow Rosen Professor of Music at Harvard University. The distinctive character of Bernard Rands’ music has been described as "plangent lyricism" with a "dramatic intensity" and a "musicality and clarity of idea allied to a sophisticated and elegant technical mastery" — qualities developed from his studies with Dallapiccola and Berio.