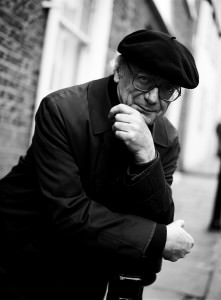 The Horowitz Piano Series at the Yale School of Music presents a lecture by the eminent pianist Alfred Brendel on Wednesday, November 11 at 8 pm in Sprague Hall. Titled “On Character in Music,” the lecture will argue that atmosphere is no less important in music than elements such as form and structure. Brendel will focus on the music of Beethoven as seen through the comments of Czerny. Brendel compares the pianist's task to that of a character actor identifying with different roles, with an ever-widening awareness of the staggering emotional and psychological variety great music has to offer. Though Brendel has retired from full-time performing, his lecture will include musical examples he will perform on the piano.

The next day, Thursday, November 12, Alfred Brendel will work with graduate pianists from the Yale School of Music in a public master class on the stage of Morse Recital Hall.

Tickets to the recital are $11-$20, $6 for students. Admission to the master class is $8 for the general public, free for full-time students with ID. For more information, visit the Yale School of Music website or call 203 432-4158.

ABOUT THE ARTIST
Alfred Brendel is recognized by audiences the world over for his legendary ability to communicate the emotional and intellectual depths of whatever music he performs. He has performed with virtually all leading orchestras and conductors and has appeared in the major cultural centers of North America, Europe, and Asia. Alfred Brendel is one of the most prolific recording artists of all time, and for thirty years recorded exclusively for Philips Classics. His many prizes for his recordings includethe Grand Prix du Disque, the Japan Record Academy Award, Gramophone’s Critics Choice, the Edison Prize, and the Grand Prix de l'Académie du Disque Français. In 2001, Mr. Brendel received a Lifetime Achievement Award in Cannes at MIDEM, the world's largest recording industry’s fair. Mr. Brendel is well versed in the fields of literature, language, architecture and films. In addition to his latest books, Alfred Brendel on Music and Ausgerechnet Ich ("Me Of All People"), he has published two collections of articles, lectures and essays, and is a frequent contributor to The New York Review of Books. Alfred Brendel is the recipient of honorary doctorates from Oxford, London, Sussex and Yale Universities. He is only the third pianist in history to be named an honorary member of the Vienna Philharmonic. Mr. Brendel has been awarded the Leonie Sonning Prize, the Furtwängler Prize for Musical Interpretation, London's South Bank Award, the Robert Schumann Prize, the Ernst von Siemens Prize and, most recently, "A Life for Music – the Artur Rubinstein Prize," presented by the Artur Rubinstein Cultural Association of Venice, Italy. In 1989 he was appointed an honorary Knight Commander of the British Empire by Queen Elizabeth II for Outstanding Services to Music in Britain, where he has made his home since 1972.