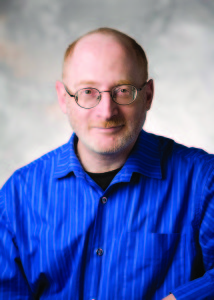 The Yale School of Music, Institute of Sacred Music, and Glee Club will present the East Coast premiere of Aaron Jay Kernis’s Symphony of Meditations, a major new work in the repertoire for orchestra and chorus, on Friday, November 6 at 8 pm in Woolsey Hall. Kernis himself will conduct the performance, which will feature the Yale Philharmonia (Shinik Hahm, conductor), the Yale Camerata (Marguerite L. Brooks, conductor), the Yale Schola Cantorum (Masaaki Suzuki, director), and the Yale Glee Club (Jeffrey Douma, director). The vocal soloists, all emerging artists in the Yale Opera program, are Amanda Hall, soprano, Joseph Mikolaj, tenor and David Pershall, baritone. The performance will take place during the 2009 convention of the American Collegiate Choral Organization, hosted by Yale University.

The hour-long, three-movement Symphony of Meditations was commissioned by the Seattle Symphony Orchestra. After its first performance in June under the baton of Gerard Schwartz, the piece was warmly received by the audience and hailed by the press. The Examiner called it “a complex, ambitious and, overall, brilliant undertaking... there is much to praise about this multi-textured, profoundly spiritual composition.” Gathering Note said, “Kernis has constructed a major new symphony that gives notice to everyone that the form is not dead …nothing less than a serious and worthy composition.”

Symphony of Meditations is inspired by and incorporates Hebrew texts by the 11th-century Spanish poet Solomon Ibn Gabirol. Kernis was introduced to Gabirol’s work in translations by his friend, the poet Peter Cole, after the death of his parents. The text is a lyrical meditation that deals with the universal themes of life, death, and one’s relationship to God. Kernis himself reflects: “This piece represents a statement of my Jewishness and has made me ruminate and meditate a great deal upon how it is that we human beings and our souls are created and shaped, and what makes us into our own selves.” Kernis has become known for his compositions that take on profound themes such as these. In addition to Symphony of Meditations, he has written music about the Holocaust (Lament and Prayer and Colored Fields; the Persian Gulf War (Second Symphony); and the Bosnian genocide (Still Movement with Hymn).

Admission to the performance is free. For more information, visit the Yale School of Music website or call 203 432-4158.