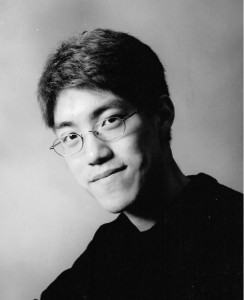 As the gold medal winner, Yanagitani will appear in performances with the San Antonio Symphony, St. Mark's Music Series, and Symphony of the Hills (Kerrville).

The San Antonio International Piano Competition is a non-profit organization formed in 1983. Once every three years, it presents a unique series of events, held over a one-week period, featuring some of the finest young rising pianists to be found in the world of music.

Currently working towards the Doctor of Musical Arts Degree at the Yale School of Music under Boris Berman, Ryo has obtained a bachelor's degree in piano performance from the University of British Columbia under Doctor Henri-Paul Sicsic, and an artist diploma from the Cleveland Institute under Sergei Babayan.

A recipient of many scholarships and awards, Ryo has been endowed twice by the Canadian Arts Council with a grant as an Emerging Artist. He is also a recipient of the Arthur Foote Scholarship from the Harvard Musical Association. Ryo has been broadcast on numerous occasions over National Radio in Canada. 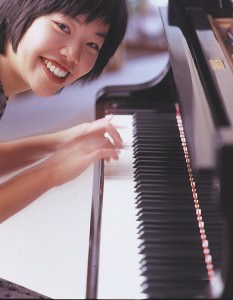 For four weeks from March to April 2006, Andrea Lam performed Mozart concerti to acclaim in ten performances as part of a four-city Australian tour with Edo de Waart as conductor. She returned in September as soloist touring with the Queensland Orchestra for six performances in five regional centres. Upcoming highlights of the 2009-10 season include a recording for ABC Classics and the Tasmanian Symphony Orchestra of two Mozart Concertos and performances with the Queensland Orchestra, Orchestra Victoria, and the Christchurch Symphony.

In 2004, Andrea Lam graduated from the Yale School of Music under the tutelage of Boris Berman. At Yale, she won the Woolsey Hall Concerto Competition and the Yale Chamber Music Competition. Her studies there were generously assisted by the Australian Elizabethan Theatre Trust and the Foundation for Young Australians. In 2008, she graduated from Manhattan School of Music under the tutelage of Arkady Aronov and won the Roy M. Rubenstein Award. Andrea is a passionate chamber musician and participated in the Yellow Barn Festival in 2005 and 2006. Andrea has also been a winner of the Young Performer of the Year Award (Keyboard) in Australia, the Audience Prize recipient at the 2007 Louisiana Piano Competition, a winner of the Salon de Virtuosi Career Grant, and participated in the 2009 Van Cliburn Competition.