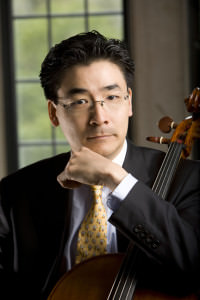 Cellist Ole Akahoshi and pianist Elizabeth Parisot will join together in a Faculty Artist Series recital on Monday, February 1, 2010 at 8 pm in Morse Recital Hall in Sprague Hall (470 College Street, New Haven). The program will range from the baroque to the twentieth century, beginning with a Bach work and concluding with Schnittke’s first sonata for cello and piano, written in 1978. In between are works by Brahms and Barber: Brahms’s sonata in D major, Op. 78, and – to mark the 100th anniversary of Barber’s birth – his cello sonata in C minor, Op. 6, from 1932.

This recital will be streamed live from the Yale School of Music's media site.

Admission to the performance is free. For more information, visit the School of Music’s website or call the concert office at 203 432-4158. 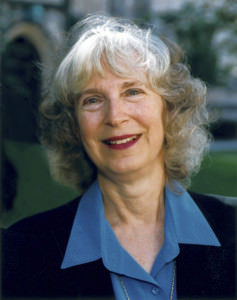 Elizabeth Parisot, piano, received her DMA from the Yale School of Music in 1973 and has served on the faculty of the School since 1977. She has appeared in solo and chamber music concerts at such venues as Carnegie Hall, Alice Tully Hall, the Kennedy Center Queen Elizabeth Hall (London), the Hispanic Institute (Madrid), and the Jerusalem Music Center. With her husband, Brazilian cellist Aldo Parisot, she has toured extensively. Recent tours have included Korea and Italy with violinist Kyung Hak Yu and Taiwan with Erick Friedman and Aldo Parisot. She has also performed with Yo-Yo Ma, Janos Starker, and Ralph Kirshbaum. A collaborative artist with cellists for many years in concerts, master classes, and competitions worldwide, Ms. Parisot was awarded the title "Grande Dame du Violoncelle" in 2007 by the Eva Janzer Memorial Cello Center at Indiana University. Elizabeth Parisot has numerous recordings to her credit, including on the Musical Heritage Society, Serenus, Phonodisc, Delos, and Albany labels.

Cellist Ole Akahoshi from Germany has concertized on four continents in recitals and as soloist with orchestras, including the Orchestra of St. Luke’s under the direction of Yehudi Menuhin, Symphonisches Orchester Berlin, and the Czechoslovakian Radio Orchestra. Winner of numerous competitions including Concertino Praga and Jugend Musiziert, Akahoshi’s performances have been featured on CNN, NPR, Sender-Freies-Berlin, RIAS-Berlin, Hessischer Rundfunk, Bayerischer Rundfunk, Korean Broadcasting Station, and WQXR. He is recipient of the fellowship award from Charlotte White’s Salon de Virtuosi. Akahoshi has performed in Carnegie Hall, Avery Fisher Hall, Kennedy Center, Suntory Hall, and Tsuda Hall Tokyo, Seoul Arts Center, Wigmore Hall, and Berliner Philharmonie. He has made recordings for the Albany, New World Records, Composers Recording Inc., Calliope, Bridge, and Naxos Labels. Akahoshi studied at Juilliard, with Aldo Parisot at Yale, and with Janos Starker at Indiana University. Akahoshi is the principal cellist of the Sejong Soloists in New York. He has been a member of Seiji Ozawa’s Saito Kinen Orchestra since 1998 and the Tokyo Nomori Opera. Mr. Akahoshi is on the faculty of the Manhattan School of Music and the Yale School of Music.