Among the three premieres is the unfinished opera Distant Seas and Music for Athletic Exercises, performed with dance 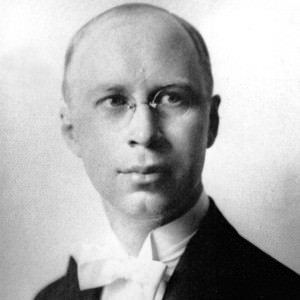 The celebrated Yale in New York series offers a special preview concert of its Prokofiev Rediscovered program on Monday, February 8, 2010 at 8 pm in Sprague Hall (470 College Street, New Haven). The program, which will also be presented in Zankel Hall at Carnegie Hall on February 9, features premieres and rarely-performed works by one of the titans of twentieth-century music. Boris Berman, the acclaimed pianist and Prokofiev specialist who conceived the program, performs with faculty colleagues Ettore Causa, viola; Stephen Taylor, oboe; and Robert Blocker, piano, as well as distinguished alumni, student, and guest performers.

The concert will showcase three recently-discovered Prokofiev works: a fragment from the unfinished opera Distant Seas (1948) receives its world premiere, while Music for Athletic Exercises (1939) and the complete music from the ballet Trapeze (1924) will be heard in New Haven for the first time. In addition, Berman will be joined by Dean Robert Blocker in a rarely heard two-piano arrangement of a suite of Schubert waltzes. Music for Athletic Exercises will be performed with original choreography by the New York City Ballet’s Adam Hendrickson. The dancers, all part of the Adam Hendrickson Dance Project, are Elysia Dawn; Colby Damon, and Matthew Renko. The New York Times has raved that Mr. Hendrickson “is just about invincible: understated, enigmatic and full of eccentricity.”