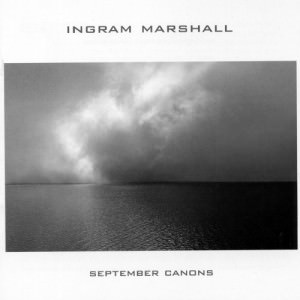 Ingram Marshall, visiting lecturer in composition at the School of Music, has released a new CD.

Titled "Ingram Marshall: September Canons," the album features the Yale Philharmonia and conductor Julian Pellicano '07MM, among other performers. Tracks include "Peaceable Kingdom," which was performed and recorded in Sprague Hall by the Yale Philharmonia under the baton of Pellicano. The program notes are by Libby Van Cleve, assistant director of the Yale Oral History of American Music project.

The pieces on the album span almost three decades and represent the principal threads that have run through Marshall's work, including the use of electronics, the influence of Indonesian music and a thorough knowledge of the Western music tradition, especially Sibelius and Bach. In the words of Molly Sheridan, "each included work showcases facets of what has earned Marshall a reputation for creating impressionistic music that, whether capitalizing on modern technology or taking off from more traditional musical forms, is sonically unique in a way that nudges open rather than aggressively pokes at the ear. The pieces are also each remarkably expansive in their development, a welcoming gradual progression in that 'take your time and start from the beginning' sort of way." Read the rest of Sheridan's article at NewMusicBox.

Listen to samples of the album at New World Records. 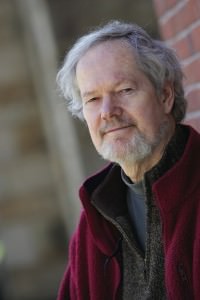