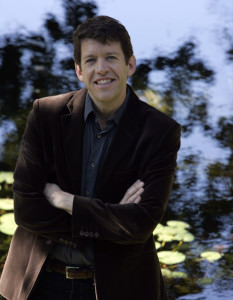 The Yale School of Music and Yale Opera will present two evenings of short operas on April 16 and 17. The performances, featuring the up-and-coming singers of Yale Opera who dazzled audiences in February’s production of The Marriage of Figaro, will take place in Morse Recital Hall in Sprague Hall (470 College Street, New Haven).

Each evening will open with La Tragédie de Carmen, an adaptation Bizet’s beloved opera Carmen by the Romanian-French composer Marius Constant. Igor Stravinsky’s Le Rossignol (The Nightingale) is based on a story by Hans Christian Andersen. The short three-act opera was composed in the same period as Stravinsky’s ballets The Firebird, Petroushka, and The Rite of Spring and reflects his stylistic innovations during those heady years.

Tickets to the performances are $8 to $12, $5 for students. For more information and to purchase tickets, visit music.yale.edu or call the Yale School of Music concert office at 203 432-4158.

Soprano Doris Yarick Cross has appeared with most of the major opera companies in the United States, including San Francisco Opera, Lyric Opera of Chicago, and New York City Opera, as well as companies in Europe, Australia, and Canada. She spent sixteen years in Germany, where she sang leading roles in major opera houses, and she has sung with the New York Philharmonic and the symphony orchestras of Pittsburgh, Minnesota, Québec, Toronto, and San Francisco. She is well- known as a recitalist and has appeared in hundreds of concerts across the country. Cross served on the faculty of the University of Texas and was head of the voice department at the University of Connecticut prior to coming to the Yale School of Music in 1983.