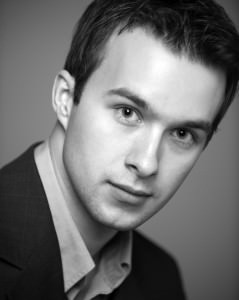 Joseph Mikolaj, a student of James Taylor at the Yale Institute of Sacred Music and the Yale School of Music, took first prize at the New York Oratorio Society's Lyndon Woodside Solo Competition on April 10. Mikolaj, a tenor, performed selections from Haydn's Creation and Mendelssohn's Elijah.

In 1975, the Oratorio Society of New York inaugurated an annual Solo Competition, designed to encourage the art of oratorio singing and to give talented young singers an opportunity to advance their careers. The Competition has become international in scope, and well-known in the music world.

Since the Competition's inception, more than 3,400 singers have competed.  The judges have chosen nearly 100 winners, awarding thousands of dollars in cash prizes. In addition, over 65 performance contracts have been awarded to Competition winners to appear in concert with the Society; many have also been awarded contracts with other major musical organizations.

The Lyndon Woodside Solo Competition is held in New York City every year during March and April. More than $15,000 in cash prizes are awarded, along with possible contracts for oratorio performances in New York City. The Solo Competition is open to singers of all nationalities who were born after December 31, 1969 and who have not made a formal oratorio debut in a major concert hall. Mikolaj was the youngest musician to compete in this year's event.