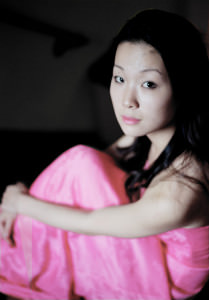 The Charis Piano Trio – Helen Kim, violin; Yoonhee Ko, cello; and Jeong-ah Ryu, piano – won the top prize in the strings division at the Coleman Chamber Ensemble Competition, held Saturday, April 24 in Los Angeles. The trio was coached by cellist Ole Akahoshi, a member of the Yale School of Music faculty as well as a graduate of the school.

About the Charis Trio

Helen Kim, 21, began her musical studies at the age of 5 on the piano. She started taking violin lessons shortly thereafter, and within a few years had garnered top prizes at numerous national competitions on both instruments. Violin eventually became the instrument of choice, and she recently graduated cum laude from the University of Southern California, where she studied with Robert Lipsett and Margaret Batjer. Helen served as concertmaster of the USC Symphony and Chamber Orchestra for three consecutive years. She was principal second violin at the New York String Orchestra Seminar in 2007. Helen has performed chamber music with several renowned artists, the most recent being violinist Midori Goto. She has had masterclasses with Gil Shaham, Vadim Repin, Ruggiero Ricci, and members of the Juilliard Quartet, Guarneri Quartet, and Takács Quartet. She is now pursuing her master of music degree at Yale School of Music under the tutelage of Syoko Aki. Helen performs on a J.B. Ceruti (1804) on generous loan from the Mandell Collection.

Cellist Yoon Hee Ko, a native of Korea, began her musical studies at the age of 5 with piano and began playing the cello at age 7. She graduated with top honors at Deokwon Arts High School and received her Bachelor’s degree as a scholarship student at Ewha Women’s University. Yoon Hee has garnered first prize at numerous national competitions, including the Eum Yeon Competition, Eum Ak Chun Chu Competition, and Hanyang University Competition. Solo performances include appearances with the Deokwon Symphony Orchestra and Ewha University Orchestra as a concerto competition winner. As soloist, chamber musician, and principal cellist of various orchestras, she has performed in venues such as the Sejong Arts Center, Kim Young Eue Hall, Leeum Art Museum, Seoul Arts Center, Carnegie Hall, and the Kennedy Center. Yoon Hee is a recipient of the Aldo Parisot Prize and is currently studying with Aldo Parisot, pursuing her master’s degree at Yale.

Pianist Jeong-ah Ryu was born in South Korea in 1985 and moved to the UK to further her musical education. In 2004, she received a scholarship to study at the Royal Academy of Music, where she received her bachelor’s degree in 2009. Currently she is a first-year student at the Yale School of Music, studying for her master’s degree with Professor Claude Frank. Jeong-ah has won numerous prizes in Korea, France, and the UK, including first prize at Trianon Music Group Competition, Bromsgrove Young International Competition, and Concours national de piano de Lagny-sur-Marne in Paris. She has also been the recipient of awards from the Hattori Foundation and Martin Musical Scholarship Fund. As a soloist and chamber musician she has appeared at the Purcell Room, Linbury Studio Theatre at the Royal Opera House, Wigmore Hall, St. James Church in Piccadilly, and St. John’s Smith Square, where she has performed in the presence of the Prince of Wales. She has also performed in many other countries, including South Korea, Canada, France, Spain, and Lithuania, where her performance was broadcast on national radio.