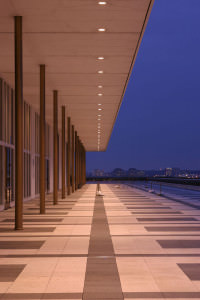 The National Symphony Orchestra has invited a student from each Conservatory Project institution to be a part of John Adams: Perspectives, the Kennedy Center's residency with the composer. The performance will take place on Monday, May 17 at 6pm in the Terrace Theater. The first half of the concert will be Shaker Loops, performed by members of the National Symphony Orchestra. The second part will be the Chamber Symphony performed by the Conservatory Project students, including Yale School of Music student Scott Switzer, bassoon and contrabassoon. The concert will stream live online; visit this page at 6pm on Monday, May 17 to watch.