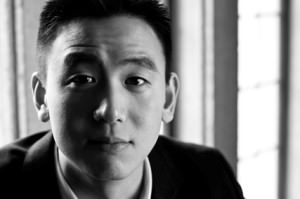 The BMI Student Composer Awards recognize superior creative talent, and winners receive scholarship grants to be applied toward their musical education. In 2010, more than 500 manuscripts were submitted to the competition from throughout the Western Hemisphere, and all works were judged under pseudonyms.

For more information, see the announcement on the BMI website.

Derrick Wang was born in Baltimore, Maryland in 1984 and currently lives in New York City. He received a Master of Music degree in composition from Yale University in 2008, a AB Music magna cum laude, Phi Beta Kappa, with a Language Citation in Chinese from Harvard University in 2006, and an Advanced Certificate in Piano from Peabody Preparatory in 2001. His composition teachers have included Bruno Amato, Julian Anderson, Joshua Fineberg, Elliott Gyger, Aaron Jay Kernis, Ezra Laderman, and Ingram Marshall. He is the winner of the American Modern Ensemble Composition Competition, Yale’s John Day Jackson Prize, Harvard’s John W. Green Music Scholarship, Hugh F. MacColl Prize, and the Bach Society Orchestra Composition Competition. The American Lyric Theater plans a reading of his opera, and recent performances include concerts by the Yale Philharmonia, the American Modern Ensemble, and concerts at Joe’s Pub and the Ars Nova Theater in New York City. His BMI award-winning work was premiered by the Harvard-Radcliffe Contemporary Music Ensemble and was performed in New York in 2008 at the A.N.T. Fest.