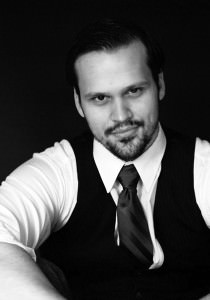 Yale Opera and The Yale School of Music present baritone Edward Parks in a performance of Schubert’s beloved song cycle Winterreise on Monday, September 27 at 8 pm in Morse Recital Hall in Sprague Hall. Parks is a 2008 graduate of the School of Music who is now on the roster of the Metropolitan Opera, having made his debut with the Met last season. He will perform with pianist Ken Noda, musical assistant to James Levine at the Metropolitan Opera. Parks and Noda will perform the same program on Carnegie Hall’s Great Singers series in February of 2011.

Admission to the Sep. 27 performance is free. For more information, visit music.yale.edu or call the Yale School of Music concert office at 203 432-4158.

Currently finishing his second year of the Metropolitan Opera’s Lindemann Young Artists Development Program, baritone Edward Parks made his Metropolitan Opera debut in the 2009-2010 season as Fiorello in Il Barbiere di Siviglia. A native of Indiana, Penn., Mr. Parks received his bachelor’s degree from Oberlin and his master’s degree from the Yale School of Music. A national winner of the 2008 Metropolitan Opera National Council Auditions, Mr. Parks was a first place winner at the 2010 Gerda Lissner Foundation International Vocal Competition and has received awards from the George London Foundation, the Marilyn Horne Foundation, the Irma M. Cooper Opera Columbus International Vocal Competition, and the Music Academy of the West, among others. This season, Edward Parks returns to the Metropolitan Opera as Schaunard in La Bohème on both the mainstage and on tour in Japan, and as Larkens in the new production of La Fancuilla del West, which will be broadcast in HD around the world as part of the Met’s Live in HD series.

Ken Noda studied with Daniel Barenboim and made his London debut in 1979 with Barenboim conducting the English Chamber Orchestra. Since then, he has performed as soloist with such orchestras as the Berlin, Vienna, New York, Israel, and Los Angeles Philharmonics; the London, Boston, Chicago, San Francisco, and Montreal Symphonies; and the Cleveland Orchestra and Orchestre de Paris under such conductors as Abbado, Barenboim, Chailly, Levine, Mehta, and Ozawa. He has also collaborated as chamber musician with Itzhak Perlman, Pinchas Zukerman, and Nigel Kennedy; and as lieder accompanist to Kathleen Battle, Hildegard Behrens, Maria Ewing, and Jessye Norman. Since 1999, he has been a participant every summer at the Marlboro Music Festival.