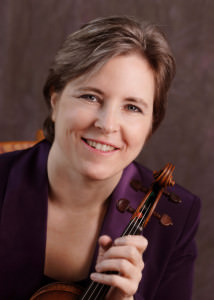 The Yale School of Music presents a performance by Wendy Sharp, violin and Joel Wizansky, piano on Sunday, November 7 at 4 pm in Morse Recital Hall in Sprague Hall (470 College Street) as part of the School's Faculty Artist Series. The program will bring together works by Mozart, Schumann, Chopin, Aaron Jay Kernis, Christopher Theofanidis, and Chris Rogerson.

In addition to Mozart's Sonata for Piano and Violin in F major, K. 376, Ms. Sharp and Mr. Wizansky will perform Robert Schumann's Sonata for Violin and Piano in A minor, Op. 105, and two pieces by Frédéric Chopin to celebrate the 200th anniversary of the births of these two great nineteeth-century composers. The Chopin works are his Nocturnes in C-sharp minor and E-flat major, transcribed for violin and piano by two legendary violinists, Pablo de Sarasate and Nathan Milstein.

The Chris Rogerson work, Lullaby: no bad dreams, was commissioned by the Curtis Institute as a companion piece to a sonata by Samuel Barber - born one hundred years ago - that is missing one movement. Rogerson is a composition student at the Yale School of Music, where two of the other composers on the program are on the faculty. Aaron Jay Kernis's Dance of Life, based on a painting by Charles Munch, will receive its US premiere. Christopher Theofanidis's Fantasy was written for Sarah Chang and is based on the second movement of the composer's violin concerto.

Wendy Sharp performs frequently as a recitalist and a chamber musician and is in demand as a teacher and chamber music coach. For nearly a decade, Ms. Sharp was the first violinist of the Franciscan String Quartet, with which she toured North America, Europe, and Japan and was honored with many awards including first prize in the Banff International String Quartet Competition and the Press and City of Evian Prizes at the Evian International String Quartet Competition. A native of the San Francisco Bay area, she graduated summa cum laude from Yale University and received the Master of Music degree from the San Francisco Conservatory of Music. Ms. Sharp has served on the faculties of Mannes College, Dartmouth College, the San Francisco Conservatory of Music, and Choate Rosemary Hall, and has participated in the Aspen, Tanglewood, Chamber Music West, Norfolk, and Music Academy of the West festivals. She is currently a member of the Blue Elm Trio, a string trio based in the New Haven area. Since 1985 she has been a faculty member at the Yale School of Music, where she is a lecturer in violin and director of chamber music. 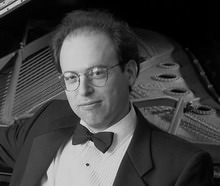 Joel Wizansky has been acclaimed by audiences and musicians alike for his combination of fiery intensity and probing musicianship. The Washington Post wrote of his "emotional and rich performance, sparkling runs, beautiful phrasing, and dramatic interpretation." After his debut with the San Francisco Symphony at the age of 17, he went on to win numerous awards, including first prize in the Helen Hart International Piano Competition, first prize in the Yale Gordon Competition, and fifth prize in the prestigious Margurite Long International Competition. He has performed frequently in recital and with orchestras in the United States, Europe, Taiwan, and Korea and has been heard in broadcast performances in New York, Washington, D.C., Baltimore, and Chicago. His first solo compact disc, "A Brahms Recital," was released in 2001 on the MRC label. He is also a noted chamber musician and collaborator, and has performed in duo recitals at Carnegie Hall, the National Concert Hall in Taipei, and many other venues. Mr. Wizansky is a graduate of the New England Conservatory, where he studied with Leonard Shure. He completed his studies with Leon Fleisher at the Peabody Conservatory, where he received the Artist Diploma and was awarded the France Graage Scholarship, the school's highest honor in performance. He has served on the Faculty of the Peabody Conservatory and as a staff pianist at the Yale School of Music.