New Haven's Ben Allison, bassist and composer for NPR's "On the Media," is featured with his band; St. Luke's Steel Band and Andy Akiho return 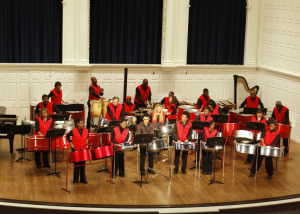 After the success of the first "Homegrown on Common Ground" concert last April, the Ellington Jazz Series at the Yale School of Music revisits the theme of having musicians from Yale and New Haven share the stage of Sprague Hall for an evening of exciting and creative music.

The first "Common Ground" concert caused a sensation with a jazz piano trio, a 20-member steel band, and leading-edge music written by several Yale composers for an eclectic instrumental ensemble that included steel pans alongside a rhythm section, winds, and strings. The second "Homegrown on Common Ground" concert on Friday, November 12 at 8 pm in Morse Recital Hall in Sprague Hall (470 College Street) picks up where the first concert left off.

Director of the Duke Ellington Fellowship, Willie Ruff, has invited several of the performers to return as well as the featured guest artist, Ben Allison, the jazz bassist and composer of music for NPR's "On the Media." Allison is a native of New Haven who studied music at the Educational Center for the Arts and who played his first professional gigs on the salsa circuit in Connecticut and Massachusetts. He will perform with his band, which includes Jenny Scheinman, violin; Michael Blake, saxophones; Steve Cardenas, guitar; and Rudy Royston, drums. Returning by popular demand is the St. Luke's Steel Band from New Haven, directed by Deborah Teason, and steel pan virtuoso Andy Akiho. Akiho will again appear with the St. Luke's Band, as well as with the Yale Steel Band and the Common Ground Ensemble.  Four composer/performers - Andy Akiho (steel pans), Deborah Teason, Samuel Adams (bass), and Paul Kerekes (piano) - have written pieces that will be premiered by this group, which features three pan players in addition to piano, bass, drums, and violin.

"These young musicians are creating some of the most exciting and original music I've heard in a long time," says Ruff. "I think we're seeing history being made by these composer-performers."

Panel Discussion,  "A Vision for the Future of Music"

The next day, November 13 at 10 am in Sudler Recital Hall, 100 Wall Strett (next door to Sprague Hall), Willie Ruff will be joined by Ben Alliston, Andy Akiho, and several of the other performers of the previous night's concert in a wide-ranging panel discussion, "A Vision for the Future of Music," that will explore the future of new music: the most promising trends in creative music-making, the kinds of venues where audiences will hear this music, the ressurgence of the composer-performer, and more. According to Ruff, "The question I intend to ask is, 'In today's rapidly changing musical landscape, what kind of tomorrow should the now emerging music makers be preparing for?'" Admission is free. 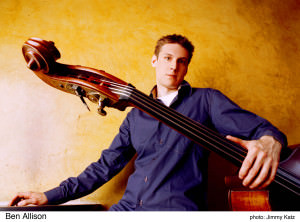 Ben Allison has been hailed as a "visionary composer, adventurous improviser, and strong organizational force on the New York City jazz scene" (JazzTimes) and "one of today's best young jazz musicians" (Boston Globe). With his groups The Ben Allison Band, Man Size Safe, Peace Pipe, and Medicine Wheel, Ben has toured extensively throughout North America, Europe, and Brazil, winning fans and building new audiences with an adventurous yet accessible sound and a flair for the unexpected. The most recent of his nine CDs to date, Think Free, reached number one on the CMJ National Jazz radio charts, where it remained in the top twenty for over three months. His previous five albums achieved similar radio success, and were named among the best of the year by publications such as Billboard, The New York Times, The Boston Globe, The Village Voice, Jazz Times, Jazz Journalists Association, Downbeat Critics Poll, All About Jazz, Coda (Canada), and Jazz Review (UK), among many others. Since 2003 Ben has been listed in the Downbeat Critics Poll in various categories including "Bassist," "Composer," "Rising Star Bassist," (ranking #1 in 2005-2007), "Rising Star Album," "Rising Star Acoustic Group," "Rising Star Arranger," and "Rising Star Jazz Artist." At the age of twenty-five, Ben formed the Jazz Composers Collective; as the artistic director and a composer-in-residence he has produced over 100 events and has received commissioning, performing, and recording grants from Chamber Music America, the Mary Flagler Cary Charitable Trust, National Endowment for the Arts, Aaron Copland Foundation, Meet the Composer, and the American Composers Forum.  Born in 1966 in New Haven, Ben has performed the world over. He has appeared on over forty albums by various artists and has written music for film, national television and radio, including the theme for the National Public Radio (NPR) show On the Media, which boasts a listenership of over one million every week.

St. Luke's Steel Band began in the fall of 1999 when Father Victor Rogers and a group of supporters from New Haven's historic St. Luke's Episcopal Church purchased a set of used steel drums from a band in Brooklyn. Since then, the group has attracted a dedicated membership of 25 players of all ages. Many of the members or their families come from the West Indies: the islands of Antigua, Barbados, Grenada, Jamaica, Nevis and Trinidad and Tobago are all represented in the ensemble. The band's repertoire includes soca and calypso, reggae, classical, sacred, jazz, popular music, and island folk music. Under the direction of coach/arranger Debby Teason and assistant director Donna Johnson, St. Luke's Steel Band has gained a reputation as one of the area's most unique and exciting performing ensembles. The band's achievements were recognized in 2003 by an Artist's Award from the Arts Council of Greater New Haven, and they have won two gold medals at the Panorama Caribbean Music Fests in Virginia Beach. 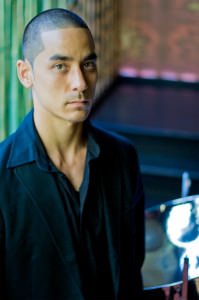 Andy Akiho is an award-winning composer and performer whose broad interests stretch from steel pan to western classical music. Recently featured on PBS's News Hour with Jim Lehrer, his compositions have been recognized by such organizations as Meet the Composer, Bang On a Can, the World Steelband Music Festival, and the 2009 ASCAP Morton Gould Young Composers Awards. Akiho currently studies composition at the Yale School of Music and is an active member of the Claremont Ensemble, TACTUS, and the Andees Trio. As a percussionist, Akiho has performed with numerous ensembles, including the South Carolina Philharmonic Orchestra, Djoliba Don West African Drum and Dance Ensemble, Gamelan Lila Muni (Eastman School of Music), and many chamber ensembles throughout New York City. Akiho won second prize in the 2002 World Steelband Music Festival solo competition and has participated in the world's premier steel pan event, Panorama.