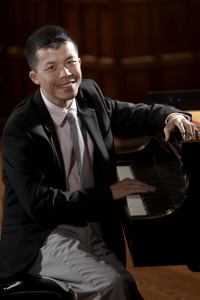 The Horowitz Piano Series at the Yale School of Music presents the "untiring, passionate, and poetic" (Classics Today) Wei-Yi Yang in a recital on Wednesday, November 10, 2010 at 8 pm in Sprague Hall (470 College Street, New Haven). Mr. Yang is Associate Professor of Piano at Yale and is internationally acclaimed for his recitals, chamber music collaborations, and appearances as soloist with orchestra.

Schubert's rarely-played Drei Klavierstücke (Three Piano Pieces), D. 946, will open Mr. Yang's program. Written only six months before the composer's death, the pieces are also known as Impromptus. The program will continue with Liszt transcriptions of Schubert songs. Liszt adored Schubert's songs and transcribed many of them for solo piano, placing the vocal line in the piano and turning the pieces into complex piano works. The second half of the program will be Chopin's complete Twenty-Four Preludes, in honor of the 200th anniversary of Chopin's birth.

The Horowitz Piano Series is directed by the pianist Boris Berman. Tickets to the performance are $12 to $22, $6 for students. For more information or to purchase tickets, visit music.yale.edu or call the concert office at 203 432-4158. 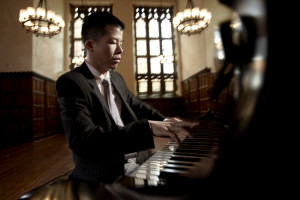 Wei-Yi Yang, piano, enjoys a flourishing concert career, appearing before audiences in North and Central Americas, Asia, Europe, and Australia. Most recently, Mr. Yang was praised by the New York Times as the soloist in a "sensational" performance of Messiaen's Turangalîla-Symphonie at Carnegie Hall. Winner of the Gold Medal and Grand Prize in the San Antonio International Piano Competition, Mr. Yang has performed in such prestigious venues as Lincoln Center, Merkin Hall, the Kennedy Center, and Kumho Art Hall (Seoul), among many others. Born in Taiwan of Chinese and Japanese heritage, Mr. Yang studied with Arkady Aronov at the Manhattan School of Music and has worked with such artists as Claude Frank, Peter Frankl, Vera Gornostaeva, Byron Janis, Murray Perahia, and the late Hans Graf. Under the guidance of Boris Berman, Mr. Yang was awarded a DMA by Yale University in 2004. Mr. Yang can be heard on the Renegade Classics, Albany Records, and Holland-America Music Society labels. He has appeared at festivals in Novi Sad (Serbia), Monterrey (Mexico), Kotor (Montenegro), Norfolk (Connecticut), and La Jolla (California), among others. Mr. Yang has recently collaborated with such artists as Frederica von Stade and the Pacifica, Cassatt, and Tokyo String Quartets. He joined the Yale faculty in 2005.