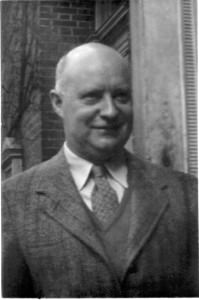 The Department of Music and the School of Music at Yale University present "Paul Hindemith: A Life before Yale," a special concert of music for viola by Paul Hindemith on Tuesday, November 16 at 8 pm in Sudler Hall in W.L. Harkness Hall (100 Wall Street, New Haven). Hindemith, a violist and violinist as well as a composer and theorist, taught at Yale from 1940 to 1953. The concert, which celebrates the 115th anniversary of Hindemith's birth, will focus on his music for viola, presenting four of his sonatas for solo viola as well as the Duet for Viola and Cello. The works on the program were written between 1919 and 1937.

Dr. Louise Lansdown, a senior lecturer at the School of Strings, Royal Northern College of Music (Manchester, England), will perform along with five of her students. The program will be:

The event celebrates the 115th anniversary of Hindemith's birth is the result of a collaboration with the Royal Northern College of Music, Manchester (UK) and the Hindemith Institute, Frankfurt am Main (Germany). Admission to the concert is free.