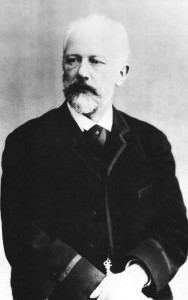 Yale Opera and the Yale School of Music present Liederabend, the German word for "evening of song," on Monday, December 13 at 8 pm in Morse Recital Hall in Sprague Hall (470 College Street, New Haven). The concert will focus on the art song of Russia, beginning with Tchaikovsky and then moving into the twentieth century.

The first, all-Tchaikovsky half of the concert features songs to texts by Alexei Tolstoy, Lev Mey, the composer's younger brother Modest Tchaikovsky, and other writers. The second half of the concert will feature songs by Prokofiev and Shostakovich as well as highlighting the contributions of lesser-known composers such as Mikael Tariverdiev, Nariman Sabitov, Georgy Sviridov, and several more.

All the singers are students in the Yale Opera program at the Yale School of Music, led by artistic director Doris Yarick Cross. Pianist Emily Olin is coaching the singers in the repertoire and Russian language, and will perform with the singers on this program.

Admission to the performance is free. For more information, visit the Yale School of Music website or call the concert office at 203 432-4158.

About the Artistic Director

Soprano Doris Yarick Cross has appeared with most of the major opera companies in the United States, including San Francisco Opera, Lyric Opera of Chicago, and New York City Opera, as well as companies in Europe, Australia, and Canada. She spent sixteen years in Germany, where she sang leading roles in major opera houses, and she has sung with the New York Philharmonic and the symphony orchestras of Pittsburgh, Minnesota, Québec, Toronto, and San Francisco. She is well-known as a recitalist and has appeared in hundreds of concerts across the country. Cross served on the faculty of the University of Texas and was head of the voice department at the University of Connecticut prior to coming to the Yale School of Music in 1983.