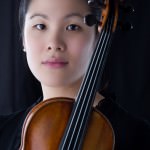 Dean Robert Blocker recently announced the 2010 alumniVentures awards, the grants that the Yale School of Music offers to its alumni for projects that follow the simple criterion: to advance the cause of music. In thanking the alumni committee that recommended the recipients, the Dean acknowledged their work and the identification of outstanding projects that truly advance the cause of music. Sarita Kwok, chair of the alumniVentures selection committee, joined the Dean in thanking the committee members for their service to the Yale School of Music and its alumni. The committee members this year were David Kurtz, Richard Lalli, Emily Payne Veletzos, and Robert Weirich.

The largest grant this year went to Kelly Dehnert '86MM, to support the only university-level band program in Malawi. The African country of 15 million people has only two university-level music programs, one of those at the African Bible College (ABC). These students are primarily underprivileged with limited opportunity to develop musical skills. Yet almost half of the student body at ABC is involved in the school's music programs, including music theory, appreciation, keyboard, jazz, traditional African combos, bands, and choirs. Funds will be used to build new practice facilities for the band and provide for instrument repair. Another substantial grant went to Dantes Rameau '07MM to support the Atlanta Music Project. The year‐round, 5‐day‐a‐week, after‐school youth orchestra program targets at‐risk youth from grades 1 through 12, and is modeled on Venezuela's El Sistema program. Students are provided with instruments, instruction, classes, and performance opportunities.