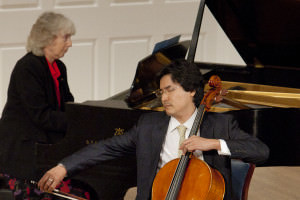 The Yale School of Music presents a Faculty Artist Recital by Ole Akahoshi, cello, and Elizabeth Parisot, piano, on Monday, January 31, at 8 pm in Morse Recital Hall (located in Sprague Hall at 470 College Street, New Haven). The performers, who are both members of the School of Music faculty as well as graduates of the School, will be joined by a third faculty member, clarinetist David Shifrin.

The concert of Romantic works will open with Beethoven’s Cello Sonata in A major, Op. 69, and will continue with Schubert’s Cello Sonata in A minor, D. 821 (originally written for a six-stringed instrument called the arpeggione but most often played today on cello or viola).

Clarinetist David Shifrin will join the duo to perform Brahms’s Trio for Clarinet, Cello, and Piano in A minor, Op. 114. Of the piece, the composer’s friend Eusebius Mandyczewski wrote, “It is as though the instruments were in love with each other.”

Admission to the performance is free. For more information, please visit music.yale.edu or call the Yale School of Music concert office at 203 432-4158. 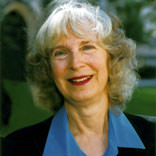 Elizabeth Parisot, piano, received her DMA from the Yale School of Music in 1973 and has served on the faculty of the School since 1977. She has appeared in solo and chamber music concerts at such venues as Carnegie Hall, Alice Tully Hall, the Kennedy Center Queen Elizabeth Hall (London), the Hispanic Institute (Madrid), and the Jerusalem Music Center. With her husband, cellist Aldo Parisot, she has toured extensively. She has toured Korea and Italy with violinist Kyung Hak Yu and Taiwan with Erick Friedman and Aldo Parisot, and has performed with Yo-Yo Ma, Janos Starker, and Ralph Kirshbaum. A collaborative artist with cellists for many years in concerts, master classes, and competitions worldwide, Ms. Parisot was awarded the title “Grande Dame du Violoncelle” in 2007 by the Eva Janzer Memorial Cello Center at Indiana University. Elizabeth Parisot has numerous recordings to her credit on the Musical Heritage Society, Serenus, Phonodisc, Delos, and Albany labels, among others. 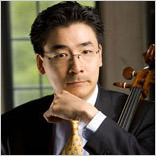 Cellist Ole Akahoshi from Germany has concertized on four continents in recitals and as soloist with orchestras, including the Orchestra of St. Luke’s, Symphonisches Orchester Berlin, and the Czechoslovakian Radio Orchestra. Winner of numerous competitions including Concertino Praga and Jugend Musiziert, Akahoshi’s performances have been featured on CNN, NPR, Korean Broadcasting Station, WQXR, and numerous German radio stations. He is a recipient of the fellowship award from Charlotte White’s Salon de Virtuosi. Akahoshi has made recordings for the Albany, New World Records, Composers Recording Inc., Calliope, Bridge, and Naxos Labels. Akahoshi studied at Juilliard, with Aldo Parisot at Yale, and with Janos Starker at Indiana University. The principal cellist of the Sejong Soloists in New York, he has been a member of Seiji Ozawa’s Saito Kinen Orchestra since 1998 and the Tokyo Nomori Opera. Mr. Akahoshi is on the faculty of the Manhattan School of Music and the Yale School of Music. 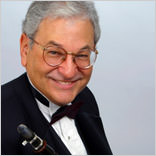 Winner of the 2000 Avery Fisher prize, clarinetist David Shifrin has appeared with the Philadelphia and Minnesota orchestras and the Dallas, Seattle, Houston, Milwaukee, Detroit, and Denver symphonies. He has appeared in recital at Alice Tully Hall, Weill Recital Hall at Carnegie Hall, and the 92nd Street Y in New York City, and at the Library of Congress in Washington, D.C. In addition he has performed in recital and as soloist with orchestra throughout Europe and Asia. A three-time Grammy nominee, he has been the artistic director of Chamber Music Northwest since 1980 and a faculty member at Yale since 1987. An artist member of the Chamber Music Society of Lincoln Center since 1989, he served as its artistic director from 1992 to 2004.