“Dark, mordant and rhythmically relentless, Pierced is the most exciting new work in years from Pulitzer Prize-winning composer David Lang.” 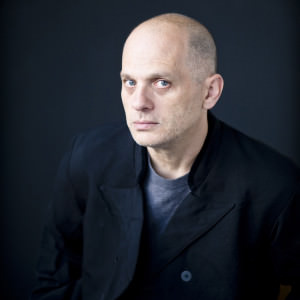 The Yale School of Music will present a New Music New Haven concert on Thursday, February 3, 2011 at 8 pm in Morse Recital Hall in Sprague Hall (470 College Street, New Haven). The concert will feature David Lang’s Pierced for piano, cello, and percussion with strings. The San Francisco Chronicle called it Lang’s “most exciting new work in years” and described the piece as “Dark, mordant and rhythmically relentless… irresistible… [a] forceful thrill.” The performance will feature Shannon Hayden, cello; Jeannette Fang, piano; and Michael Compitello, percussion, as soloists, and will be conducted by Adrian Slywotzky.

The New Music New Haven concert series, which provides a forum for young composers like these to hear their works, is directed by Christopher Theofanidis. The performance is free is open to the public. For more information, visit music.yale.edu or contact the concert office at 203 432-4158.

The music of David Lang has been performed by major musical, dance, and theatrical organizations throughout the world, including Santa Fe Opera, New York Philharmonic, San Francisco Symphony, Kronos Quartet, Nederlands Dans Theater, and the Royal Ballet, and in the most renowned concert halls and festivals in the U.S. and Europe. He is the co-founder and co-artistic director of New York’s legendary music festival Bang on a Can. In 2008 Lang was awarded the Pulitzer Prize in Music for The Little Match Girl Passion. He has also been honored with the Rome Prize, the BMW Music-Theater Prize (Munich), a Kennedy Center/Friedheim Award, a Bessie Award, a Village Voice OBIE Award, and grants from the Guggenheim Foundation, NEA, and the American Academy of Arts and Letters, among others. His work is recorded on Sony Classical, Teldec, BMG, Chandos, Argo/Decca, Koch, Albany, CRI, and Cantaloupe. David Lang has studied with Jacob Druckman, Hans Werner Henze, and Martin Bresnick and holds degrees from Stanford University, the University of Iowa, and the Yale School of Music. His music is published by Red Poppy (ASCAP) and is distributed worldwide by G. Schirmer. David Lang joined the Yale faculty in 2008.