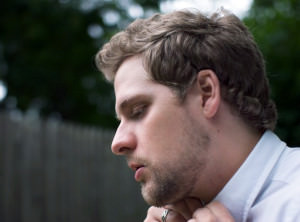 The American Academy of Arts and Letters recently announced the recipients of this year's awards in music. Among the fifteen recipients of the five different awards were four current and past students of the Yale School of Music.

Six Charles Ives Scholarships of $7500, given to composition students of great promise, will be awarded to Christopher Cerrone '09MM, '10MMA and Hannah Lash '12AD, as well as Louis Chiappetta, Michael Ippolito, Bryan Jacobs, and Alex Mincek.

The winners were selected by a committee of Academy members: Ezra Laderman (chairman), David Del Tredici, Fred Lerdahl, Bernard Rands, Steven Stucky, and Yehudi Wyner. Rands and Wyner are both alumni of the Yale School of Music.

The awards will be presented at the Academy's annual ceremony in May. Candidates for the music awards are nominated by the 250 members of the Academy. 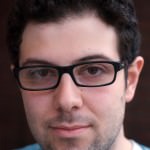 Christopher Cerrone (Charles Ives Scholarship) was born in 1984 in Huntington, NY. He is a composer of orchestral, chamber, dramatic, and electronic music. His works have been performed across the US and Europe, most recently by New York City Opera, violinist Hahn-Bin, the New York Youth Symphony, the Orchestre National de Lorraine, the Yale Institute for Music Theatre, and the Bang on a Can Summer Festival. He is co-artistic director and composer-in-residence for the New York City-based ensemble Red Light New Music and has received degrees from the Manhattan School of Music and Yale. He currently lives and works in Brooklyn, NY. 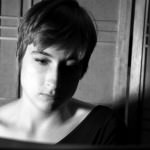 New York City-based composer Hannah Lash (Charles Ives Scholarship) has been hailed by the New York Times as “innovative” and “strikingly talented.” Her music has won the Naumburg Prize, the Fromm Foundation Commission, and BMI Women’s Music Commission. Her chamber opera Blood Rose (2010) will be presented in New York City Opera’s VOX Second Stage Series in the 2011 season. Lash earned a Ph.D. in composition from Harvard University in 2010 and is pursuing an Artist Diploma in composition at Yale. She has held teaching fellowships and assistantships at Harvard and Yale, and served as a guest faculty member at Alfred University during the spring of 2010. 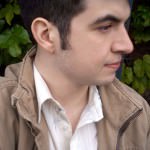 Dan Visconti (Charles Ives Fellowship) has been commissioned by ensembles including the Kronos Quartet, Da Capo Chamber Players, and Minnesota Orchestra, and has been premiered at Carnegie Hall, Alice Tully Hall, and the Library of Congress. He has been honored with the Berlin Prize, the Bearns Prize, the Cleveland Arts Prize, the Barlow Prize, BMI and ASCAP awards, and received grants from the Fromm Foundation, Meet the Composer, and Chamber Music America. Visconti studied composition at the Cleveland Institute of Music and the Yale School of Music. He currently resides in Arlington, Virginia.

Jay Wadley (Charles Ives Fellowship) has received awards from ASCAP, SCI, and the AAAL (Charles Ives Scholarship). His commissions include Trumpet Concerto for the Yale and Williams College Bands, and a new work for Electric Guitar, Amplified Clarinet, and Electronics for the Nouveau Classical Project's MATA Interval Series concert. Born in Edmond, Oklahoma, in 1983, Wadley earned a BM with honors from OCU as well as both an MM and AD from the Yale School of Music. Currently residing in Brooklyn, NY, he is Co-Founder/Composer/Producer for Found Objects Music Productions, LLC.

Click HERE to view the original press release from the American Academy of Arts and Letters.