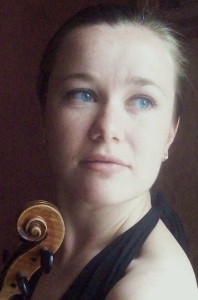 The Yale Collection of Musical Instruments presents a recital with baroque violinist Johanna Novom and harpsichordist Avi Stein on Thursday, February 24 at 5:30 pm at the Collection (15 Hillhouse Avenue, New Haven).

The first half will present Corelli's Sonata in A Major, Op. 5, No. 6; D’Anglebert's Prelude in G Minor; Georg Muffat's Passacaglia; Jacques Duphly's La Forqueray and Médée; and Biber's Sonata in E Minor (1681).

Admission is free, and no tickets are required. For more information, visit the Collection's website or call the Collection at 203 432-0825. 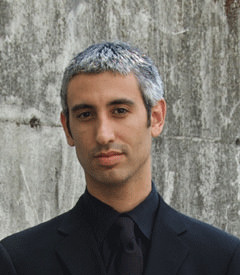 Johanna Novom is the associate concertmaster of Apollo’s Fire, the Cleveland Baroque Orchestra. A first-prize winner of the American Bach Soloists’ Young Artists Competition in 2008, Johanna appears as a soloist, chamber musician and orchestral payer with period ensembles throughout the country, such as the American Bach Soloists, Chatham Baroque, Dallas Bach Society, New York State Baroque, and the Trinity Wall Street Baroque Orchestra, and is a core member of the newer ensembles Flying Forms and the Sebastian Chamber Players. She has performed at festivals internationally, including the Carmel Bach Festival, Moscow’s Golden Mask Festival, Magnolia Baroque Festival, and Le Festival de Sedières. Johanna completed her master’s degree in historical performance at Oberlin Conservatory in 2007, where she studied on both historical and modern instruments with Marilyn McDonald. Johanna is a fellowship member of the Yale Baroque Ensemble under the direction of Robert Mealy.

Avi Stein teaches harpsichord and chamber music at the Yale School of Music and baroque vocal repertoire at the Yale Institute of Sacred Music. He is the director of music at St. Matthew and St. Timothy Episcopal Church in Manhattan. The New York Times described him as “a brilliant organ soloist” in his Carnegie Hall debut, and he was recently featured in an Early Music America article on the field’s new generation of leaders. Avi has performed throughout the U.S., Europe, Canada, and Central America. An active continuo accompanist, he plays regularly with the Boston Early Music Festival, Trinity Church Wall Street Choir and Baroque Orchestra, Clarion Music Society, and Bach Vespers NYC. This past summer, Avi directed the young artists’ program at the Carmel Bach Festival. He has conducted ensembles such as Opera Français de New York, OperaOmnia, and the critically-acclaimed 4x4 Festival. Avi holds degrees from the Eastman School of Music and the University of Southern California, and was the recipient of a Fulbright scholarship for study in Toulouse with doctoral studies at Indiana University.