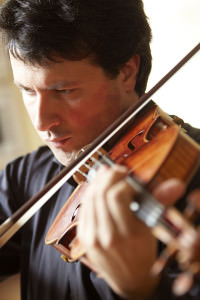 The Yale School of Music presents a Faculty Artist Recital by Ettore Causa, viola, and Boris Berman, piano, on Saturday, March 26, at 5 pm in Morse Recital Hall (located in Sprague Hall at 470 College Street, New Haven). The recital was originally scheduled for February 15 but had to be postponed.

The performers, who are both members of the School of Music faculty, will play music originally written for other combinations of instruments – piano and oboe, or piano and clarinet – and adapted here for the viola.

The program will open with Schumann’s Three Romances, Op. 94, originally written for oboe and piano. The second half also opens with Schumann: the Three Fantasy Pieces, Op. 73, originally written for clarinet. The centerpiece of the evening will be the two Brahms sonatas for clarinet and piano. Unlike the Schumann pieces, these are often played by violists. The Sonata in F minor, Op. 120, no. 1, will conclude the first half, and the Sonata in E-flat major, Op. 120, no. 2, will close the concert.

Admission to the performance is free.

For more information, please visit music.yale.edu or call the Yale School of Music concert office at 203 432-4158. 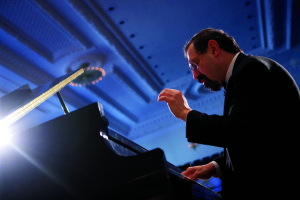 BORIS BERMAN, piano, is well known to the audiences of more than forty countries on six continents. He studied at the Moscow Tchaikovsky Conservatory with the distinguished pianist Lev Oborin. An active recording artist and a Grammy nominee, Mr. Berman was the first pianist to record the complete solo works by Prokofiev (Chandos). Other acclaimed releases include the piano sonatas of Alexander Scriabin (Music and Arts) and a recital of Shostakovich piano works (Ottavo), which received the Edison Classic Award. His recording of three Prokofiev concertos with the Royal Concertgebouw Orchestra (Chandos) was named CD of the Month by CD Review. In 1984, Mr. Berman joined the faculty of the Yale School of Music, where he is professor of piano, coordinator of the piano department, and music director of the Horowitz Piano Series. He also gives master classes throughout the world, and in 2005 he was given the title of honorary professor of Shanghai Conservatory of Music. In 2000, Yale University Press published Mr. Berman’s Notes from the Pianist’s Bench, which has since been translated into several languages. In 2008, the same publisher released Mr. Berman’s Prokofiev’s Piano Sonatas: A Guide for the Listener and the Performer.

Born in Naples, Italy, ETTORE CAUSA began his studies of violin and viola at the Naples Conservatory, where he graduated with the highest honors. He later studied at the International Menuhin Music Academy in Switzerland with Sir Yehudi Menuhin and others, and with Michael Tree at the Manhattan School of Music. He has been first solo viola of the Carl Nielsen Philharmonic (Denmark) and leader of the Copenhagen Chamber Soloists. In 2000, he was awarded the Peter Schidlof Prize and the John Barbirolli Prize at the prestigious Lionel Tertis International Viola Competition. He has since made solo, recital, and festival appearances around the world, performing in North and South America, Europe, and Asia. He is a member of the Aria Quartet and is regularly invited to play with colleagues such as Pascal Rogé and Thomas Adès. In 2001, Causa was appointed professor of viola and chamber music at the International Menuhin Music Academy. His first recording, for Claves, was crowned with the 5 Diapason, and a new recording has already been highly praised by critics worldwide. Ettore plays on a viola made for him by Frederic Chaudiere in 2003.