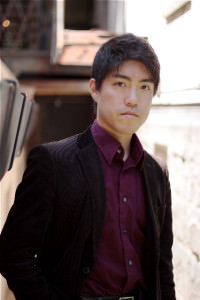 Ryo Yanagitani ’04MM, ’05AD, ’08MMA has been appointed Assistant Professor of Piano at University of British Columbia School of Music. He will begin teaching this fall.

Ryo Yanagitani received his bachelor's degree in piano performance from the University of British Columbia under Doctor Henri-Paul Sicsic, a Master of Music degree from the Yale School of Music under Boris Berman, and an Artist Diploma from the Cleveland Institute under Sergei Babayan. He recently completed his residency requirement for the Yale School of Music's Doctor of Musical Arts Degree. In 2010–11 he was an instructor for the chamber music program at Yale.

In addition to many solo recitals, he has been in demand as a chamber musician, performing in a wide range of settings. His most recent collaboration with cellist Dai Miyata has resulted in a concert tour of Japan, and they will be releasing a CD in the upcoming season. Ryo Yanagitani is presently an active member of the Musique a la Mode chamber ensemble in New York, specializing in the performance of new music and unusual works seldom heard in public. He is also pianist of Duo Chrysalis with cellist Jacques Lee Wood, and their collaboration has taken them on a tour of performances across the United States and Korea.

A recipient of many scholarships and awards, Ryo has been endowed twice by the Canadian Arts Council with a grant as an Emerging Artist, and is a recipient of the Arthur Foote Scholarship from the Harvard Musical Association. He was also recently awarded the Sony Foundation of America Career Grant through the Salon de Virtuosi of New York. He is an artist-in-residence of the Maxwell Shepherd Fund of Connecticut, as well as a pianist with the Swiss Global Artistic Foundation. Ryo is frequently asked to adjudicate competitions and conduct masterclasses.