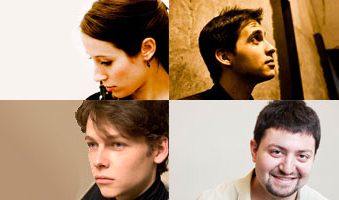 Four graduates of the Yale School of Music were among the twelve musicians selected as the winners of this year's CMS Two auditions.

CMS Two, a program of the Chamber Music Society of Lincoln Center, offers valuable professional opportunities to performers in the early stages of major careers. During their three-year residency, members participate in all aspects of musical life at CMS, including national and international tours; radio and television broadcasts; recordings, and performances in venues including Alice Tully Hall.