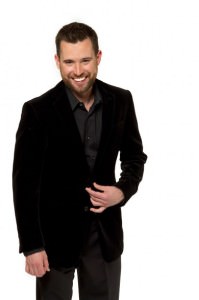 Patrick Quigley ’02MM, a choral conducting major who studied with Marguerite Brooks at the School of Music and Institute of Sacred Music, received two Grammy nominations this year.

Quigley is the founding artistic director of Seraphic Fire, a national ensemble of professional singers. His nominations are in two categories for two different projects. The awards will be announced in February 2012.

For the recording of the Brahms Requiem, nominated in the category of Best Choral Performance, Seraphic Fire was joined by the Professional Choral Institute and pianists Scott Allen Jarret and Justin Blackwell. Among the vocal soloists was baritone Paul Max Tipton, a 2010 graduate of the vocal program at the Yale Institute of Sacred Music and Yale School of Music.

A Seraphic Fire Christmas, a collection of traditional Christmas carols and music heard at King’s College, Cambridge, was nominated in the category of Best Small Ensemble Performance.

In eight seasons, Patrick Dupré Quigley has built Seraphic Fire into a nationally recognized ensemble, now considered one of Miami's five major performing arts institutions. Mr. Quigley has commissioned and premiered numerous works, including the Pulitzer Prize-nominated Road from Hiroshima: A Requiem by Shawn Crouch and the acoustic version of Ingram Marshall’s Hymnodic Delays. Known for its high-quality and exciting performances of baroque and new music, Seraphic Fire is also the first classical ensemble since the Benedictine Monks of Silos to reach the Top Ten on the Billboard Pop Charts, appearing with international pop-star Shakira on her platinum-selling album Oral Fixation 2.