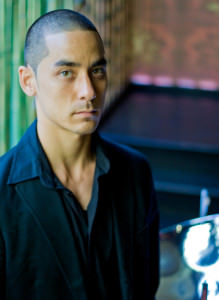 The final round of the competition was held at Chicago's Museum of Contemporary Art.  Akiho was one of three finalists selected from an initial pool of 504 applicants. The finalists each received a cash prize and were invited to write a work for the ensemble.

As Eighth Blackbird wrote on its blog: "These three new works were workshopped in an intense, two-day period earlier this week. Last night saw the public premiere of the three pieces, in front of a crowd that included representatives of the competition’s generous partners, MakeMusic, and the American Composers Forum."

Akiho's piece was called ERASE. The other works were Eric Lindsay's Town’s Gonna Talk and Kurt Rohde's this bag is not a toy: a very short concerto for mixed ensemble without orchestra.

I thought Andy Akiho's ERASE should have won and it did. And it won by having the right balance of stuff going on. And by using new sounds, new techniques but incorporating them seamlessly into the piece. Not technique for technique's sake but in service of the music. And interesting rhythms. In fact, the piece was about rhythm…. ERASE had character and was subsequently more tangible and memorable. And I would be more interested in hearing it again.

As the competition winner, Akiho will receive an additional cash award and the promise of a future performance of ERASE by eighth blackbird.