“A young composer… whose star is resolutely in the ascendant.”
– The Times 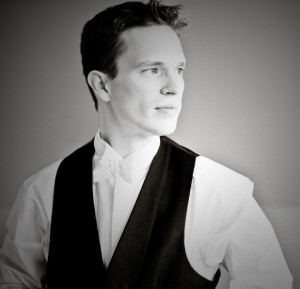 The Yale School of Music presents a concert featuring the music of Martin Suckling on Thursday, January 19, 2012. The concert, which is Suckling’s Doctor of Musical Arts recital, will feature live performances of intimate works as well as recordings from critically-acclaimed performances.

The concert opens with “Gemini” for two violas, performed by the composer and Alisa Seavey. Next on the program is “Passacaglie” for cello and electronics, featuring the cellist Ariana Falk. Pianist Timo Andres, a graduate of the School of Music, will perform Suckling’s three-movement “Lieder Ohne Worte” (“Song Without Words”). All the guest perfomers are graduates of the Yale School of Music.

As part of the requirements for the DMA recital, Suckling will also present recordings from the overseas premieres of two pieces: the orchestral work “storm, rose, tiger,” which The Guardian called the “engrossing, haunting and self-assured,” and “Candlebird,” a song cycle called “luxuriously imaginative” by The Times and “constantly compelling” by Classical Source.

The performance is free and open to the public; no tickets are required. For more information, call the Yale School of Music concert office at 203 432-4158 or visit music.yale.edu.

Martin Suckling was born in Glasgow in 1981. He has been commissioned by ensembles such as the London Sinfonietta, London Symphony Orchestra, Deutsches Symphonie-Orchester Berlin, BBC Scottish Symphony Orchestra, Grimethorpe Colliery Band, Hebrides Ensemble, Britten Sinfonia, Royal Shakespeare Company, Le Huray Trio, Mr. McFall’s Chamber, and Aronowitz Ensemble. His music has featured in festivals including Ultraschall, Cheltenham, Chacombe, Deal, ISCM World Music Days 2007 (Hong Kong), and Oxford Lieder. 2011 saw the first performances of several works, including storm, rose, tiger, written for the Scottish Chamber Orchestra; a violin concerto, de sol y grana, for Agata Szymczewska and the London Contemporary Orchestra; and the critically-acclaimed Candlebird, a substantial work for voice and ensemble on texts by Don Paterson which received its premiere with the London Sinfonietta in the Queen Elizabeth Hall, London. Martin is a lecturer in composition at the University of York and a Faber Music House Composer.