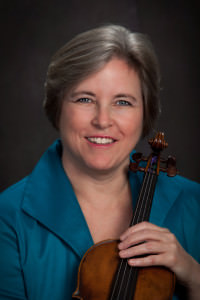 Wendy Sharp is a member of the Yale School of Music faculty and the winner of numerous competitions. Collectively, Gustavsson, Hwang, and Chen are on the faculty at institutions such as the Bard College Conservatory, Eastman School of Music, and Yellow Barn, and are members of ensembles including the Colorado Quartet and the Amenda Quartet.

The program will include two duets: Milhaud's Sonatine for violin and viola, and Ravel’s Sonata for violin and cello, a tribute to the memory of Debussy with subtle nods to Bartók and Kodaly. The concert will conclude with Fauré’s Piano Quartet No. 1 in C minor, Op. 15, which is full of “refined sensuality, elegance, and craftsmanship” (Classical Music Guide).

Wendy Sharp performs frequently as a recitalist and a chamber musician and is in demand as a teacher and chamber music coach. For nearly a decade, Ms. Sharp was the first violinist of the Franciscan String Quartet, with which she toured North America, Europe, and Japan and was honored with many awards including first prize in the Banff International String Quartet Competition and the Press and City of Evian Prizes at the Evian International String Quartet Competition. A native of the San Francisco Bay area, she graduated summa cum laude from Yale University and received the Master of Music degree from the San Francisco Conservatory of Music. Ms. Sharp has served on the faculties of Mannes College, Dartmouth College, San Francisco Conservatory of Music, and Choate Rosemary Hall, and has participated in the Aspen, Tanglewood, Chamber Music West, Norfolk, and Music Academy of the West festivals. Wendy Sharp is a lecturer in violin and director of chamber music at the Yale School of Music.

Marka Gustavsson studied with Mimi Zweig and then with the legendary Joseph Gingold. A dedicated chamber musician, she has performed in major halls across Europe, Canada, and the U.S., as well as Japan and Israel. Marka has been invited to festivals including Bard, Mostly Mozart, Skaneateles, Portland, Bennington, and Newport. She has appeared as a guest of the Lincoln Center Chamber Music Society, on WQXR’s Showcase, and with the Symphony Space All-Stars. Marka has worked closely with composers including John Halle, Joan Tower, Kyle Gann, George Tsontakis, Yinam Leef, Katherine Hoover, Martin Bresnick, and Tan Dun. In 2000, Marka joined the Colorado Quartet, an active touring ensemble offering traditional and new repertoire. The quartet recently released the com-plete Beethoven Quartets on Parnassus Records. Ms. Gustavsson holds a teaching position at Bard College, and with the Colorado Quartet, serves as faculty and co-artistic director at Soundfest Chamber Music Festival and Quartet Institute.

Cellist Mimi Hwang was born and raised in Los Angeles. She is currently an assistant professor of chamber music at the Eastman School of Music, lecturer of music at Nazareth College, and a founding member of the Amenda Quartet. She is also co-artistic director of the Young Artists Program at the Yellow Barn Music School and Festival. Ms. Hwang was the cellist and a founding member of the Franciscan String Quartet, which won first prize in the Banff International String Quartet Competition. The quartet performed in concert halls throughout North America, Europe, and Asia, held the position of Wardwell Fellows at the Yale School of Music, and was Quartet-in-Residence at the Hopkins Center at Dartmouth College, where Ms. Hwang was on the faculty of the Department of Music. As a soloist, Ms Hwang has performed with the Beijing Philharmonic, the Los Angeles Philharmonic, and the San Francisco Chamber Orchestra. 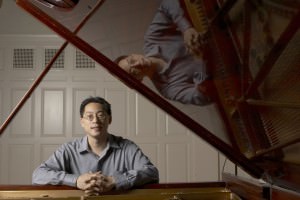 Pianist Melvin Chen, recognized as an important young artist, has performed at Carnegie Hall, Alice Tully Hall, Merkin Concert Hall, the Kennedy Center, and Boston’s Jordan Hall, and throughout the U.S., Canada, and Asia. Recent highlights include solo recitals at Weill Recital Hall and concerto appearances with the American Symphony Orchestra. Mr. Chen’s recordings include Beethoven’s Diabelli Variations (Bridge), praised as “a classic” by the American Record Guide, and Joan Tower’s piano music (Naxos). An enthusiastic chamber musician, Mr. Chen has collaborated with such artists as Ida Kavafian, David Shifrin, Pamela Frank, and Peter Wiley, and with the Shanghai, Tokyo, Miami, and Miró quartets. Mr. Chen completed a doctorate in chemistry at Harvard and holds a double master’s degree from Juilliard in piano and violin. Previously, he attended Yale University, where he studied with Boris Berman, Paul Kantor, and Ida Kavafian. Mr. Chen is on the piano faculty of the Bard College Conservatory of Music, where he is associate director, and has previously been on the piano faculty of the Yale School of Music. He is also the artistic director of the chamber music program at the Hotchkiss Summer Portals.