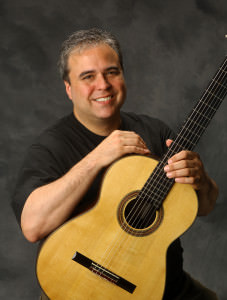 This year's Yale Guitar Extravaganza, The Guitar: Today and Tomorrow, is pleased to announce its lineup of guest speakers. (Concert performers for this year's Extravaganza are listed here.)

Master luthier Garrett Lee, in conjunction with Benjamin Verdery, will lead a lecture/demonstration on What to look for in a classical guitar. Held in the Yale Collection of Musical Instruments (15 Hillhouse Avenue), this talk begins at 4:15 pm.

Jeffrey McFadden will give a lecture on Fretboard Harmony, based on his book Fretboard Harmony: Common Practice Harmony on the Guitar (Productions Musicales d'Oz, 2010). His talk will begin at 4:45 pm in Sudler Recital Hall.

About the Lecturers & Panelists

Scott Cmiel is on the faculty of the San Francisco Conservatory of Music, where he is chair of the Preparatory Division Guitar Department and Musicianship Department. He also maintains his own studio and is an instructor in the Menuhin Program at the Nueva School in Hillsborough, Calif. 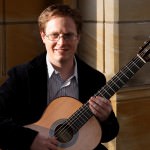 Daniel Corr, a graduate of the School of Music ('01 MM, '02 AD) has been praised as "a guitarist for music lovers to catch" (Hartford Courant); he is a lecturer and the artistic director of the Gateway International Guitar Series at Gateway Community College. 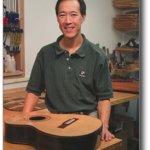 Gary Lee began his career as a research scientist in biochemistry and later built his career as a full-time luthier. His construction methods utilize both traditional and modern techniques and tools. He serves on the board of advisors to the New Jersey Guitar and Mandolin Society and regularly lectures on lutherie at guitar festivals and societies.

Kim Perlak, also a School of Music graduate ('01 MM), directs the programs in guitar and American music programs at Concordia University (Texas) and is on the faculty of Austin Community College and the National Guitar Workshop. 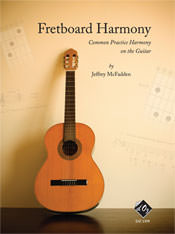 Jeffrey McFadden, in addition to serving as a lecturer at the University of Toronto, has given masterclasses and seminars at institutions including the Université de Montréal, Conservatoire de Music à Hull/Gatineau, University of British Colombia, Michigan State University, and the Oberlin College Conservatory. Classic CD has described McFadden's playing as "major artistry," and ClassicsToday.com praised him as "not only an extraordinary guitarist [but] also an inspired musician."

Benjamin Verdery is a professor at the Yale School of Music and the director of the Guitar Extravaganza.

Kevin Vigil is a guitarist and composer whose debut recording, Stories for Guitar, was released in 1999. He is on the faculties of the Washington Conservatory of Music, Levine School of Music, and Northern Virginia Community College.