Reich is “…the most original musical thinker of our time.”
– The New Yorker 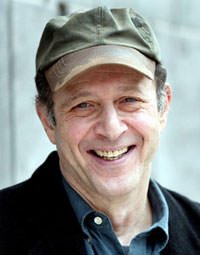 Guest composer Steve Reich, who will be in attendance, will have two of his works performed: Proverb (1995) and Vermont Counterpoint (1982).

Proverb, written for voices, vibraphones, and electric organs, is a setting of a single line of text by Ludwig Wittgenstein: “How small a thought it takes to fill a whole life!” The singers are members of the Yale Camerata and Yale Schola Cantorum.

The performance of Vermont Counterpoint, which is written for eleven flutes (and is often performed with pre-recorded music instead of eleven live flutists), will feature faculty member Ransom Wilson alongside his current and former students.

The concert will take place at 8 pm in Morse Recital Hall in Sprague Hall (470 College St., New Haven, corner of Wall St.). Admission is free, and no tickets are required. Christopher Theofanidis is the artistic director of the New Music New Haven concert series.

Composer Steve Reich was recently called “…the most original musical thinker of our time” (The New Yorker) and “…among the great composers of the century” (New York Times, 1997). His music has been influential to composers and mainstream musicians all over the world. He is a leading pioneer of Minimalism; his music is known for steady pulse, repetition, and a fascination with canons; it combines rigorous structures with propulsive rhythms and seductive instrumental color. Different Trains and Music for 18 Musicians have each earned him Grammy awards. Over the years his music has significantly grown both in expanded harmonies and instrumentation, resulting in a Pulitzer Prize for Double Sextet. Reich’s music has been performed by major ensembles including the New York and Los Angeles philharmonics; London, San Francisco, Boston, and BBC symphony orchestras; Kronos Quartet; Bang on a Can All-Stars; and eighth blackbird. Several noted choreographers, such as Anne Teresa de Keersmaeker, Jerome Robbins, and Christopher Wheeldon, have created dances to his music.