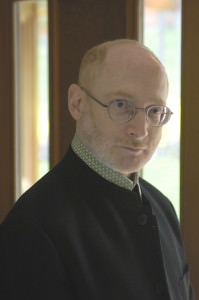 Composer Aaron Jay Kernis, a member of the Yale School of Music faculty, has been selected as the 2012 winner of the Michael Ludwig Nemmers Prize in Music Composition. The announcement came today from Dean Toni-Marie Montgomery of the Bienen School of Music at Northwestern University, which awards the prize.

In connection with the Nemmers Prize, Kernis will spend four weeks in residence at Northwestern, undertaking a variety of educational activities, throughout each of the 2012–13 and 2013–14 seasons. The prize will be formally awarded to Kernis in a ceremony that will take place during his final weeks at the University.

Previous recipients of the Nemmers Prize, which is given for "outstanding achievement in music," include John Adams, Oliver Knussen, Kaija Saariaho, and John Luther Adams.

The Nemmers Prize is the most recent of Kernis's many awards. One of the youngest composers to win the Pulitzer Prize (in 1998, for his String Quartet No. 2, "musica instrumentalis"), he has also received the Grawemeyer Award for Musical Composition, the Elise Stoeger Prize of the Chamber Music Society of Lincoln Center, the Rome Prize, and a Guggenheim Foundation Fellowship, among others.

Kernis has been active in Chicago in recent seasons: he was the Chicago Chamber Musicians' featured composer at its last concert, which he also curated, and the Chicago Tribune hailed his da l'Arte del Danssar as "eclectic, rippling chamber music" at a recent performance on the Chicago Symphony's musicNOW series.

Kernis has been commissioned by major cultural organizations and artists, including sopranos Renee Fleming and Dawn Upshaw, violinists Joshua Bell and Nadja Salerno-Sonnenberg, guitarist Sharon Isbin, pianist Emanuel Ax, the Walt Disney Company, Rose Center for Earth and Space at New York's Museum of Natural History, and most of America's leading orchestras. Two seasons ago, Kernis celebrated his fiftith birthday in style, with his monumental Symphony No. 3 (Symphony of Meditations), premiered by the Seattle Symphony, and a second performance of the work, which he conducted, with the Yale Philharmonia, Yale Camerata, Yale Glee Club, and vocal soloists from the Yale School of Music. Q2, WQXR's online contemporary classical and new music stream, devoted the second edition of its "Composer of the Month" feature to Kernis, airing over 30 of his works, including live broadcasts and radio premieres. Recent recordings include the multi-colored Goblin Market with The New Professionals and conductor Rebecca Miller on Signum Classics, and an album of orchestral works by the Grant Park Festival Orchestra (Cedille). His music is also available on Nonesuch, Phoenix, New Albion, and many other labels. Forthcoming are new works for the New York Philharmonic and a consortium of American's Top Ten college wind ensembles featuring trumpet soloist Philip Smith, eighth blackbird, cellist Joshua Roman, the Santa Fe, La Jolla Chamber Music Festivals and Chamber Music Northwest for David Shifrin, and the Orion Quartet. Mr. Kernis's music is published by AJK Music, administered by Associated Music Publishers.