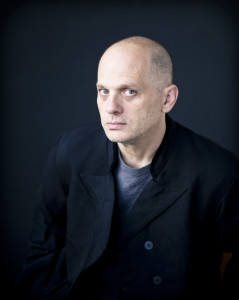 Musical America, now in its third century as an indispensable resource for the performing arts, today announced the winners of the annual Musical America Awards, recognizing artistic excellence and achievement in the arts.

The announcement coincides with the publication of the 2013 Musical America International Directory of the Performing Arts, which, in addition to its comprehensive industry listings, pays homage to each of these artists in its editorial pages.

David Lang is a faculty member of the Yale School of Music as well as a graduate of the School (’83MMA, ’89DMA). The announcement read, in part:

David Lang's early music, laced with elements of rock and minimalism, was at once bracing and controversial, heavily influenced by the Bang on a Can school he co-founded. As he tells critic Tim Page in Musical America's tribute, however, "People should change as they get older, and I did." Lang's the little match girl passion, set not for rock band but for a rarified quartet of two sopranos, tenor, and bass-baritone, all of whom play small percussion instruments, won the 2008 Pulitzer Prize in Music. A setting of a Hans Christian Andersen fairy tale, it has been performed several hundred times internationally and also has been staged and choreographed. He made his New York City Ballet debut with plainspoken in 2010. Among numerous commissions, his new theater work, whisper opera, will receive its premiere in Chicago early next year by the International Contemporary Ensemble (ICE).

The annual Musical America Awards, sponsored by Deutsche Grammophon, will be presented in a special ceremony at Lincoln Center on Thursday, December 6.