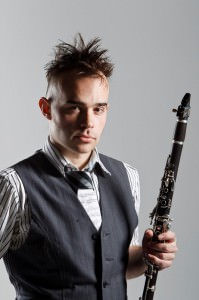 Roland Peelman, Artistic Director of the Song Company, commented: "Ashley is a very gifted musician – articulate, musical, and committed. The judges were impressed by his commitment to extending the repertoire imaginatively. He has an impressive international network and will be terrific ambassador for new Australian music."

Smith commented: "My Fellowship is for new music, new audiences and new composers. It means so much to me – I wish to contribute to contemporary music that is living and breathing."

Australian clarinetist Ashley Smith was the 2010 Symphony International Young Performer Award winner. He is a student of David Shifrin at the Yale School of Music, and last year, was one of the winners of the School's Chamber Music Competition.

Smith's project is to workshop the performance of the clarinet works of Jorg Widmann, Magnus Lindberg, and Jukka Tiensuu alongside the composers and to present a recital tour in Finland, the United States, and Australia.