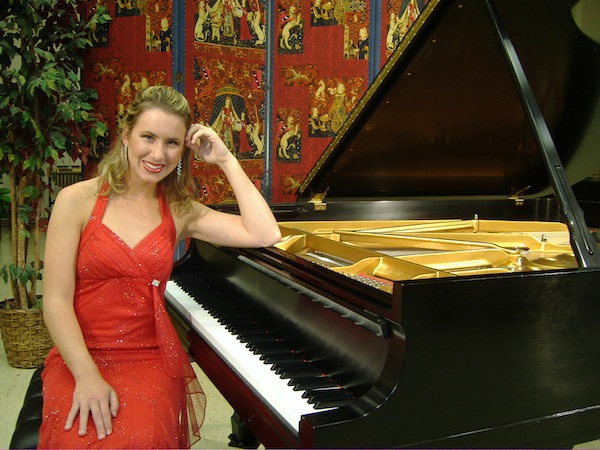 Lindsay Garritson ’10MM, ’11AD won the bronze medal at the Bosendorfer ASU Piano Competition this past Sunday, January 13. The competition took place at the ASU School of Music in Tempe, Arizona.

Forty-two outstanding pianists from around the globe traveled to Tempe, Ariz. in January as the ASU School of Music in the Herberger Institute for Design and the Arts hosted the Sixth Bösendorfer and Yamaha USASU International Piano Competitions in collaboration with the Phoenix Symphony, the Arizona Young Artist Committee, Bösendorfer, Yamaha, and the Arizona Piano Gallery.

A total of 198 pianists from 31 countries applied to compete. The 42 selected by a screening committee competed in the semi-final and final rounds for prizes including over $50,000 of cash awards, engagements with the Phoenix Symphony, and recital performances in the United States, Austria, and Germany for the winners.

Also an accomplished violinist, Lindsay was concertmaster of the St. Louis Symphony Youth Orchestra from 2003-2006.  She has also had the honor of performing for such dignitaries as Jimmy Carter and Colin Powell, and she has participated in master classes with Leonidas Kavakos and Lewis Kaplan. Her teachers have included John Kendall, founder of the Suzuki movement in the United States, and she currently studies with Kyung Yu at Yale School of Music.