NOTE: This concert has been cancelled. We regret that we were unable to reschedule it. 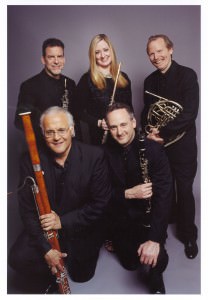 The Yale School of Music presents The Orion String Quartet & Windscape in a performance of Bach’s complete Art of the Fugue on Tuesday, February 12 at 8 pm in Morse Recital Hall.

The Art of the Fugue, Bach’s study of the fugue form, is as mysterious as it is extensive. Bach did not specify the musical instruments he wrote for, but Samuel Baron’s arrangement for woodwind and string quartet has been called “wistful,” “playful,” “glowing,” and “intelligent” by the New York Times.

In this concert, Bach's complete Art of the Fugue will be performed by one of today's most sought-after string quartets and a wind quintet that has won renown for vibrant and inventive performances. The program, which premiered at the Chamber Music Society of Lincoln Center, has been recorded on Deutsche Grammophon. The Boston Globe praises the performers as musicians with a “certain aura—that of the fabulously skilled, much sought-after… who can tackle anything.”

This concert is part of the Oneppo Chamber Music Series, directed by David Shifrin, at the Yale School of Music. Morse Recital Hall is located in Sprague Hall at 470 College Street (corner of Wall Street), New Haven. 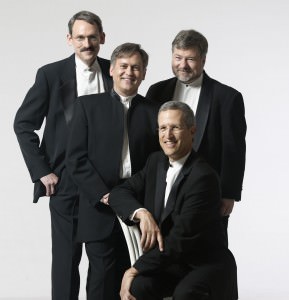 The Orion String Quartet, made up of violinists Daniel Phillips and Todd Phillips (brothers who equally share the chair of first violin), violist Steven Tenenbom, and cellist Timothy Eddy, are consistently praised for their fresh perspective, individuality, and cutting-edge programming that flawlessly blends the traditional with the modern. The ensemble has been commissioned by such composers as Chick Corea, Brett Dean, and Alexander Goehr, and enjoys a creative partnership with the Bill T. Jones/Arne Zane Dance Company. The quartet is celebrating its 25th anniversary by making appearances at such prestigious and varied engagements at London’s Kings Place, Chicago’s Harris Theater, and New York’s Alice Tully Hall. Having received high praise for their interpretations of Beethoven’s string quartets, BBC Music Magazine hailed the first volume as “richly rewarding.” The group has appeared on PBS’s Live from Lincoln Center, A&E’s Breakfast with the Arts, and ABC-TV’s Good Morning America. Additionally, they were photographed with Drew Barrymore by Annie Leibovitz for the April 2005 issue of Vogue.

Windscape, composed of flutist Tara Helen O’Connor, oboist Randall Ellis, clarinetist Alan R. Kay, bassoonist Frank Morelli, and horn player David Jolley, has been lauded by The Washington Post as “superb.” The ensemble, which was created in 1994 by five eminent soloists in their own right, performs an eclectic and vibrant repertoire including Barber, Debussy, Takemitsu, Gershwin, Ligeti, and, of course, Bach. Ever-evolving, this “unquintet” has toured throughout the US, Canada, and Asia. They have collaborated with such esteemed chamber musicians as Eugene Istomin, Andre Michel Schub, John Kimura Parker, Jeremy Denk, and Anne-Marie McDermott, and have recorded tapings for Public Radio’s Performance Today and St. Paul Sunday as well as CBC-Toronto’s Live From Glenn Gould Studio.