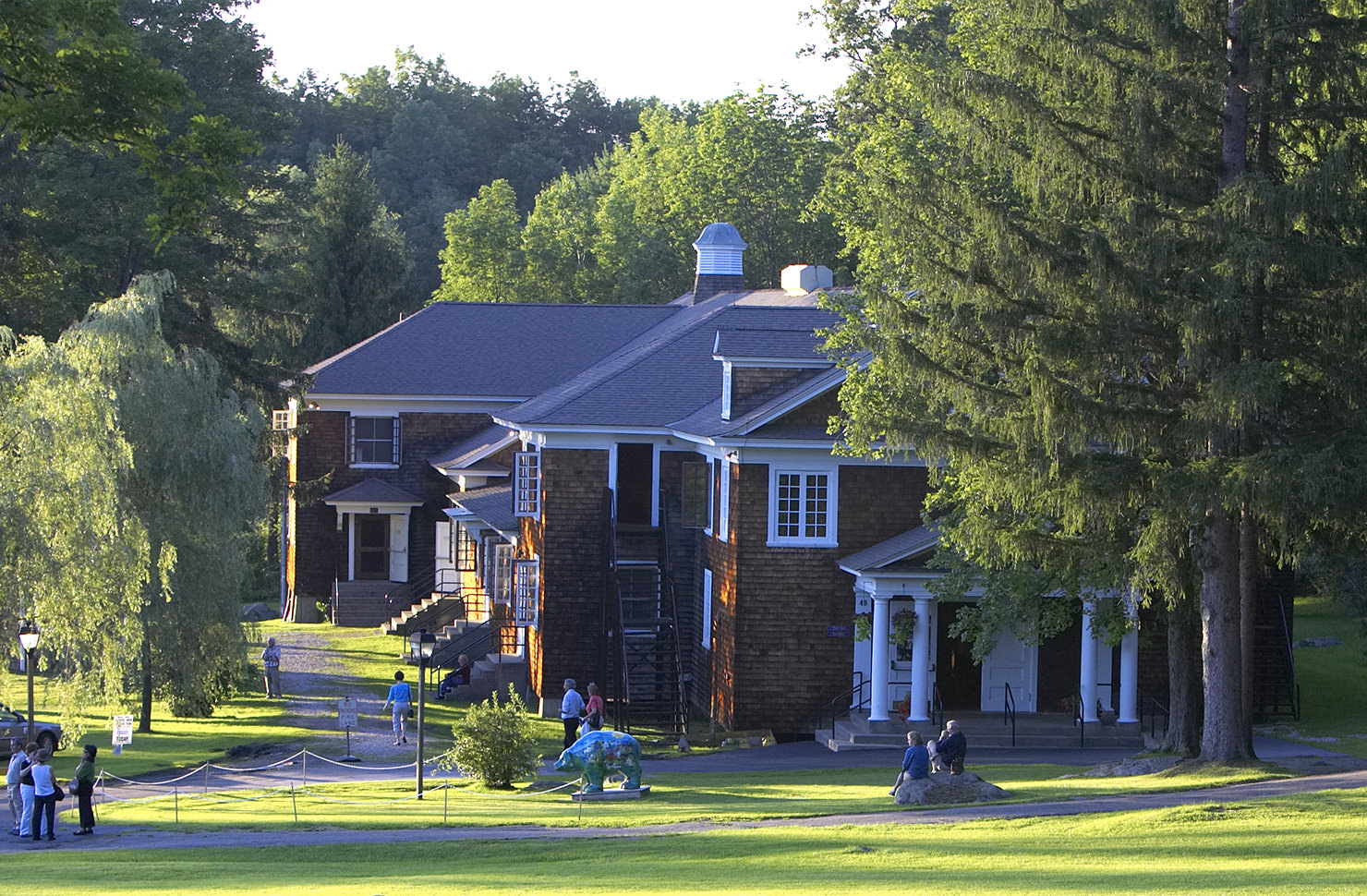 The Norfolk Chamber Music Festival, presented by the Yale School of Music, celebrates its 72nd season this year with performances and residencies by six internationally esteemed string quartets alongside students and young professionals from around the world.

Norfolk director Paul Hawkshaw says, “Our mission at Norfolk is to cultivate the performance and teaching of chamber music at the highest level. We always want our audiences, students, and performing artists to have fun exploring the chamber music repertoire, and this year we are especially fortunate to have a truly international group of performers for our audiences to enjoy."

Opening the 2013 festival on Saturday, June 22 is a choral program by the Yale Choral Artists, a new ensemble of 24 professional singers from around the country under the direction of Jeffrey Douma (who also directs the Yale Glee Club). The Choral Artists will perform All Night Vigil (Vespers) by Sergei Rachmaninov along with a shorter work by Pavel Chesnokov, Salvation is Created.

From July 5 to August 17 Norfolk will host a six-week Chamber Music Session. Among the twelve concerts each Friday and Saturday night in July and August is a presentation of Franz Schubert’s song cycle Die Winterreise performed by pianist Peter Frankl and baritone Randall Scarlata on Friday, July 12.

The Norfolk Festival, under the leadership of Paul Hawkshaw since 2004, includes a New Music Workshop led by composer Martin Bresnick, a Lecture series, a Young Artists’ Performance Series, Festival Artist concerts (Friday and Saturday nights), and a Family Day on July 14 that includes a performance of Yale’s Javanese ensemble, Gamelan Suprabanggo.  This year’s festival concludes on August 17 with a performance of works for chorus and orchestra from the Renaissance to the contemporary by the Norfolk Festival Chorus and Orchestra directed by Simon Carrington.

As the summer home of the Yale School of Music, the Norfolk Chamber Music Festival is host each year to three graduate-level programs. At the heart of the festival is its six-week Chamber Music Session, which places a focus on chamber music study for emerging professional instrumentalists who come to Norfolk from top conservatories at home and around the world including Curtis,  Eastman, Juilliard, the Moscow Conservatory, the Paris Conservatoire, the Royal Conservatory in London, and the Toho School in Japan. Students have the opportunity to study with leading international faculty members, many of whom perform each week in the Friday and Saturday Series concerts, occasionally with the student Fellows. Out of 200 applicants, 40 musicians are selected to participate in the festival forming a variety of string, brass, and woodwind ensembles that each perform weekly during the festival. Repertoire ranges from the 18th to 20th centuries and often includes new works. Fellows are coached by each of the visiting quartets featured throughout the festival, and are sometimes featured alongside their mentors during the Friday & Saturday faculty concerts.

A New Music Workshop led by composer Martin Bresnick includes a select group of young composers who study the dynamics of taking a piece from the composer’s imagination to the concert hall. The workshop, which has been a part of the Norfolk festival for nearly 20 years, fosters close interaction between composer and performer. Under the supervision of Bresnick and guest faculty a select five or six students – chosen from an applicant pool of over 70 – will each compose a piece for predetermined instrumentation (this year will be violin, cello, bass, keyboard, clarinet, and trombone). These students, aged 20 to 23, workshop their compositions during the ten-day session to bring their work to a performance level. Past faculty members have included Aaron Jay Kernis, Ezra Laderman, David Lang, Ingram Marshall, and Christopher Theofanidis; participants have included Kevin Putz and Daniel Kellogg.

The summer closes with an intensive one-week Choral Conducting session led by internationally renowned choral conductor Simon Carrington, one of the founders of The King’s Singers. The program began in 2006 as part of the 100th anniversary of the Music Shed, which was originally built for choral performances. For seven days, a group of 24 chorus members – many of whom are professional singers or conductors – work with Carrington on repertoire that includes works from the Renaissance to a new work commissioned every year by one of the festival’s student composers. In addition, 8 to ten conductors are selected to participate in choral conducting workshops.

Commencing in 2013 is the multi-year restoration project of the festival’s iconic Music Shed by the architecture firm John G. Waite Associates. Leading consultants of historic architectural preservation, John G. Waite Associates has worked on a variety of projects including the Statue of Liberty, the Lincoln Memorial, and Mount Vernon. Renovation includes exterior cosmetic restoration along with the construction of a new addition that includes more studio space. Restoration will not conflict with festival programming, and the Music Shed will remain open during the summer season.