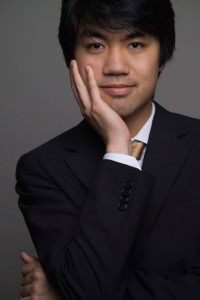 This year's Cliburn Competition will feature two YSM pianists, Sean Chen ’14AD and Lindsay Garritson ’10MM, ’11AD. The two are among the thirty young musicians selected through a jury screening who will compete May 24 through June 9, 2013 in Fort Worth, TX.

Chen, 24, is a student of Hung-Kuan Chen at the School of Music. Garritson, 25, studied with Boris Berman for her Master of Music degree and Artist Diploma.

In the preliminary round, all competitors will perform two 45-minute solo recitals. Twelve semifinalists will be selected to perform a 60-minute solo recital, including the commissioned work by YSM faculty composer Christopher Theofanidis '97DMA, and a piano quintet with the Brentano String Quartet. The six finalists will perform two piano concerti with the Fort Worth Symphony Orchestra under the baton of Leonard Slatkin.

All performances will be streamed live in their entirety and available on-demand at cliburn.org. Additional media exposure will be generated through a documentary film, to be aired nationally on PBS; radio broadcasts; and commercial recordings produced and distributed by Harmonia Mundi U.S.A.

Sean Chen, second-prize winner in the 2011 Seoul International Music Competition, has performed with orchestras including the Indianapolis Chamber, New West, Suwon Philharmonic, and Juilliard Orchestras. He has presented solo recitals in Indianapolis, New York, Albuquerque, Miami, Los Angeles, Ventura, and Taipei. Among his other awards are the Juilliard’s 2010 Gina Bachauer Piano Competition, 2010 Paul and Daisy Soros Fellowship, award for Best Performance of an American Work at the 2009 Cleveland International Piano Competition, Los Angeles Music Center’s Spotlight Awards, and a NFAA ARTSweek award. Born in Florida, Mr. Chen grew up in Oak Park, California and now resides in New Haven, where he is pursuing his Artist Diploma at the Yale School of Music. When not at the piano, he enjoys tinkering with computers and composing. 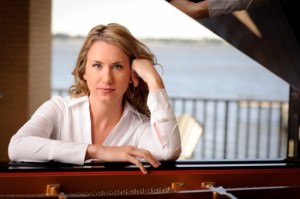 Second-prize winner at the 2011 Montreal International Musical Competition and winner of the 2011 Yale School of Music Woolsey Concerto Competition, Lindsay Garritson has appeared in recital at the Kennedy Center in Washington, D.C. and Steinway Hall, New York, and as soloist with the Orchestra Métropolitain in Montreal, Orquestra Sinfónica Barra Mansa in Brazil, Atlantic Classical Orchestra, Yale Philharmonic Orchestra, European Philharmonic Orchestra in France, St. Louis Youth Orchestra, and others. Ms. Garritson holds a Bachelor of Arts degree in music from Principia College and a Master of Music degree and Artist Diploma from the Yale School of Music. She has taken master classes with artists such as Andras Schiff, Emanuel Ax, Thomas Ades, and Peter Frankl. Her principal teachers include Boris Berman, Luiz de Moura Castro, and the late Jane Allen.