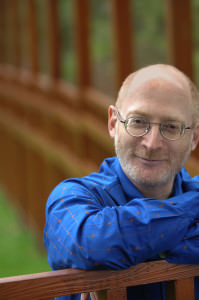 Kernis’s piece, translated in English as From the Art of Dance, is inspired by the music and dance of Renaissance Italy. Kernis said, “Over the course of my composing life I’ve been repeatedly drawn to dance, and my works are full of references to it. This most recent group of works draws upon my fascination with mid–15th-century texts and music of that time (and slightly later), which I very happily channeled.”

A review of the piece's premiere said the piece has a "buoyant clarity… each musician pulls a different kind of weight. Simultaneous activities managed to be both independent and interdependent… Vocal contours were efficient and affecting, revealing intimacies with deliberate manner and spare harp accompaniment." The composition was commissioned by Astral Artists with funding from the Pew Center for Arts & Heritage through the Philadelphia Music Project.

The concert begins at 8 pm at Trinity Lutheran Church (292 Orange Street, New Haven). Admission is free, and no tickets are required. For more information, call the Yale School of Music concert office at 203 432-4158 or visit music.yale.edu.

Among the most esteemed musical figures of his generation, Grawemeyer- and Pulitzer Prize-winning composer Aaron Jay Kernis has been on the faculty at the Yale School of Music since 2003. He has been commissioned by sopranos Renee Fleming and Dawn Upshaw, violinists Joshua Bell and Nadja Salerno-Sonnenberg, guitarist Sharon Isbin, and institutions including the New York Philharmonic and Philadelphia Orchestra, San Francisco Symphony, BBC Proms, Los Angeles, Walt Disney Company, Chamber Music Society of Lincoln Center, and Rose Center for Earth and Space at the Museum of Natural History. His upcoming works include commissions for the New York Philharmonic and a consortium of “Top 10” college wind ensembles, the Seattle Symphony, and Orpheus Chamber Orchestra. Recent recordings include song cycles by soprano Susan Narucki (Koch), and orchestral works by the Grant Park Festival Orchestra (Cedille). He has received the Chamber Music Society of Lincoln Center’s Stoeger Prize, Rome Prize, Guggenheim Fellowship, and multiple Grammy nominations, and was Composer-in-Residence for the St. Paul Chamber Orchestra, Minnesota Public Radio, and American Composers Forum. He is New Music Advisor for the Minnesota Orchestra and chairman and co-director of its Composer Institute.