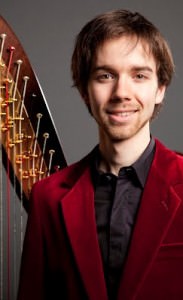 Henry Kramer, piano, and Antoine Malette-Chénier, harp, are the two winners of this year's Woolsey Concerto Competition. Kramer played Sergei Prokofiev's Piano Concerto No.2, and Malette-Chenier played the Harp Concerto by Canadian composer R. Murray Schafer. The two will perform their winning pieces with the Yale Philharmonia during the 2013–2014 season.

Violinist Yoon Won Song was selected as an alternate winner in case (for whatever reason) one of the two winners cannot perform. Song played Dmitri Shostakovich's Violin Concerto No. 1. Two honorable mentions were also awarded: to Phillip Browne, horn, for his performance of Richard Strauss's Horn Concerto No.2, and Zhenni Li, piano, for her performance of Sergei Rachmaninoff's Piano Concerto No.3.

The adjudicators of the competition were Peter Wiley, cello, Robert McDonald, piano, and Lawrence Isaacson, conductor and trombone. They noted that they "were impressed with the high level of performance of everyone involved." The annual competition was held last Saturday. 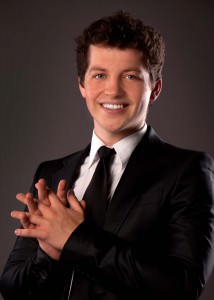 Henry Kramer, originally from Cape Elizabeth, Maine, has been lauded as "triumphant" and "thrilling" (The New York Times) and "technically effortless" (La Presse, Montreal). He was a top prizewinner in the 8th National Chopin Competition and the 2011 Montreal International Music Competition. Most recently, Henry garnered the top prize and prize for the Best Performance of Strauss Lieder at the 6th China Shanghai International Piano Competition. He holds Master of Music and Bachelor of Music degrees from The Juilliard School, and is currently pursuing an Artist Diploma at the Yale School of Music, where he received the Charles S. Miller Prize for the outstanding first-year pianist. He currently studies with Boris Berman.

Antoine Malette-Chénier began his harp studies with Caroline Léonardelli, the principal harpist for the Ottawa Symphony Orchestra. Since 2008, he studied with Caroline Lizotte, second harp chair of the Montreal Symphony Orchestra, at the Conservatoire de musique de Trois-Rivières. Antoine has won two ﬁrst places at the Canadian Music Competition, two bursaries from the National Arts Center Orchestra, and ﬁrst prize at two concerto competitions, which took him for orchestra tours as a soloist in Canada and Hungary. He was a guest artist for the 2007 Ottawa International Chamber Music Festival and recorded for Radio-Canada the same year as a winner of the Young Artists Competition. Antoine was invited to perform at the 11th World Harp Congress in Vancouver in July 2011. He is currently a student of June Han at the Yale School of Music.

Peter Wiley is a cello prodigy who attended the Curtis Institute of Music at 13, where he studied with David Soyer. By the age of 20, he was appointed principal cellist of the Cincinnati Symphony, and by 21, principal cellist of the Pittsburgh Symphony. Among his numerous accolades, he has been awarded an Avery Fisher Career Grant and was nominated for a Grammy Award in 1998 for his performances with the Beaux Arts Trio. He is a professor of cello at Curtis.

Robert McDonald is an internationally renowned pianist who holds the Penelope P. Watkins Chair in Piano Studies at Curtis. He has also been on the piano faculty at Juilliard since 1999. Mr. McDonald's prizes include the gold medal at the Busoni International Piano Competition and the top prize at the William Kapell International Competition.

Lawrence Isaacson is founder and conductor of Symphony Nova, formerly the Neponset Valley Philharmonic Orchestra and Conductor emeritus of the Parkway Concert Orchestra in Massachusetts. He is a former trombonist that has performed worldwide with the Boston Symphony, Boston Pops, and Boston Symphony Chamber Players under the baton of such conductors as Leonard Bernstein and John Williams.