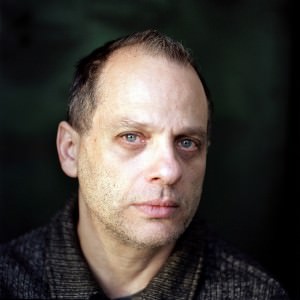 On April 29, the Doris Duke Charitable Foundation recognized twenty of America's most vital artists working in the fields of contemporary dance, jazz, and theatre. David Lang ’89DMA, a faculty member of the School of Music, is among the 2013 recipients. Lang will receive an unrestricted, multi-year grant, plus additional targeted support for audience development. Read more about the award here, and read the original press release (PDF) here.

Lang, a past winner of the Pulitzer Prize in Music, is receiving the award for his work in dance and multidisciplinary performance. He is one of the most sought-after American composers in the dance world, having created works for such notable performers/choreographers as Benjamin Millepied, Shen Wei, Edouard Lock/La La La Human Steps, and Susan Marshall—a collaboration for which he received a BESSIE Award.

Lang's latest project with Marshall is a postmodern dance-theatre–meets–rock-and-roll concept that takes place on real and virtual stages. The pair were recently awarded a 2013 grant from NEFA National Dance Project. Mr. Lang is also the co-founder and co-artistic director of New York's legendary music collective Bang on a Can and was recently lauded as Musical America's 2013 composer of the Year. He will hold the Richard and Barbara Debs Composer's Chair at Carnegie Hall in the 2013–2014 season.

Professor Lang’s new album, Death Speaks, came out April 30. In the title song cycle, death is a character personified: Lang wrote for the piece's Carnegie Hall debut last year, “It isn’t a state of being or a place or a metaphor, but a person, a character in a drama who can tell us in our own language what to expect in the World to Come.” The album was featured on National Public Radio’s First Listen; tracks are available for a limited time for free listening online.

The music of David Lang, Professor (Adjunct) of Composition, has been performed by major musical, dance, and theatrical organizations throughout the world, including the Santa Fe Opera, the New York Philharmonic, the San Francisco Symphony, The Cleveland Orchestra, the Kronos Quartet, The Nederlands Dans Theater, and the Royal Ballet to name a few, and has been performed in the most renowned concert halls and festivals in the United States and Europe. Lang is well known as co-founder and co-artistic director of New York's legendary music festival, Bang on a Can. In 2008, Lang was awarded the Pulitzer Prize in Music for The Little Match Girl Passion, commissioned by Carnegie Hall for Paul Hillier’s vocal ensemble, Theater of Voices. He has also has been honored with the Rome Prize, the BMW Music-Theater Prize (Munich), a Kennedy Center/Friedheim Award, the Revson Fellowship with the New York Philharmonic, a Bessie Award, a Village Voice OBIE Award, and grants from the Guggenheim Foundation, the Foundation for Contemporary Performance Arts, the National Endowment for the Arts, the New York Foundation for the Arts, and the American Academy of Arts and Letters. Born in Los Angeles in 1957, David Lang holds degrees from Stanford University and the University of Iowa, and received the D.M.A. from the Yale School of Music in 1989. He has studied with Jacob Druckman, Hans Werner Henze, and Martin Bresnick. David Lang joined the Yale faculty in 2008.