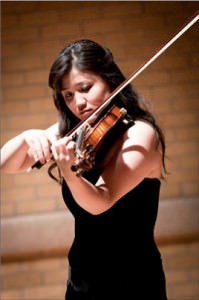 On June 1, 2013, Yale School of Music student Seul-A Lee and alumnus David Radzynski will compete among 18 semifinalists in the Michael Hill International Violin Competition in Queenstown, New Zealand. They have been selected from 125 applicants representing 27 countries.

In the second semi-finalist round, they will perform the required piece, Jack Body's Caravan, as well as selections by Paganini, Romantic-era sonatas, and a showpiece of their own choosing.

After the semifinal rounds, six competitors will be selected to perform in Auckland, New Zealand, on June 5 and 6. The final round on June 8 will feature three competitors performing concerti with the Auckland Philharmonia Orchestra.

The Michael Hill International Violin Competition, established in 2000, aims to promote young violinists from all over the world who are launching professional solo careers and aspiring to establish themselves on the world stage. The first prize winner is awarded $40,000, a record deal on the Atoll label, a 2014 concert tour, and a personalized professional development program. Selections are made by a panel of five internationally renowned violinists.

Wonyoung Jung won top prizes in many major competitions in South Korea when she was still a teenager. She graduated from Seoul National University at the top of her class, having received a scholarship for honor students. She performed as concertmaster of the Seoul National University Symphony Orchestra for four years, and gave many concerts in her country, at the Kumho Art Hall and Hoam Art Hall, among others. She was a participant in the 2013 Montreal International Competition. The competition quoted Ani Kavafian as saying, "She plays with a very warm, lovely sound and has a most impressive technical command of her instrument. She is an intense musician who has great integrity and a real love for music.”

Seul-A Lee was born in South Korea in 1991. She has studied at Lynn University, the Juilliard School, and the Yale School of Music under Elmar Oliveira, Kyo Kang, Naoko Tanaka, and Hyo Kang. She is the recipient of such accolades as second prize in the Donald Portnoy International Violin Competition (2010), second place in the Sarasota String Competition (2009), and a solo appearance with the St. Petersburg State Symphony Orchestra. Hyo Kang, her professor at Yale, calls her “a wonderfully talented musician and performer—an excellent violinist.” 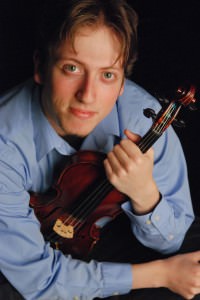 David Radzynski was educated at Indiana University, the Yale School of Music, and the International Centre for Music under the tutelage of Mauricio Fuks, Syoko Aki, and Ben Sayevich. Mr. Sayevich called Radzynski “a first-rate violinist, who possesses a fiery temperament, great communicative skills with the audience, as well as honest and natural ability to interpret the composers’ intentions.” David Radzynski was awarded First Prize Solo in the ASTA Competition Ohio (2006), and has performed as a soloist with the Columbus Symphony Orchestra and the Polish National Philharmonic.