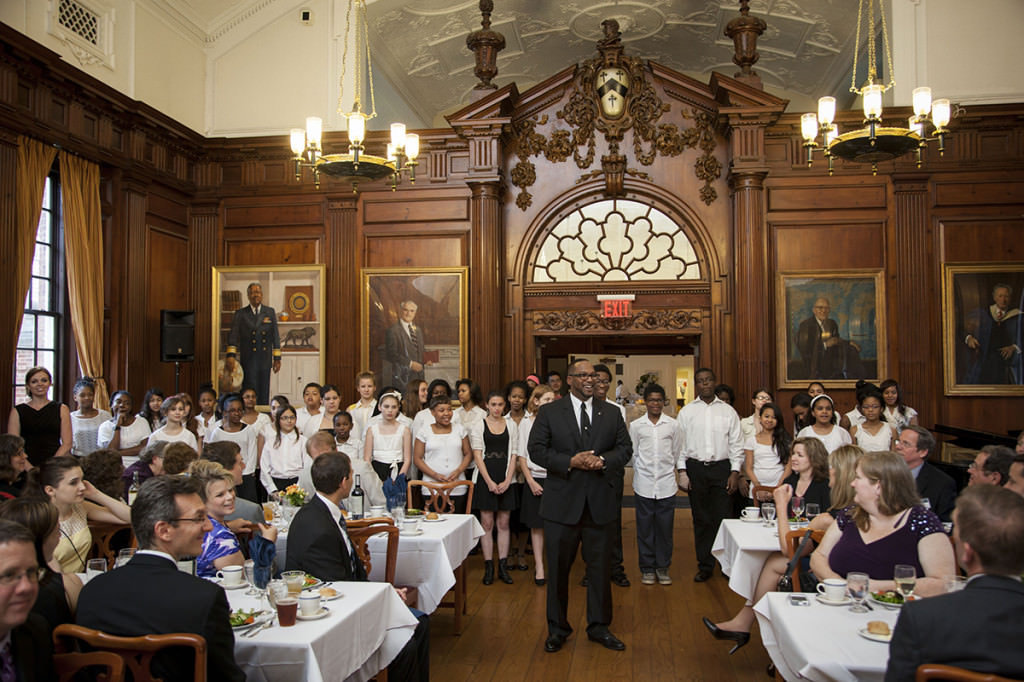 The 2013 Yale Symposium on Music in Schools concluded on June 8 with an affirmation of the quality and diversity of music education in the public schools of America. Fifty Yale Distinguished Music Educators, selected from over 300 nominations, from 32 states, convened in New Haven to discuss “The Role of Music in School Reform.”  A lively series of presentations culminated with a two-hour discussion amongst the teachers,  seeking their solutions to ensuring the value of music instruction as schools continue to evolve.  This discussion will be posted as an online video by the end of the summer.

Anne Midgette, Classical Music Critic of the Washington Post and a 1986 graduate of Yale College, was the keynote speaker at the Awards Dinner.  She congratulated the teachers and spoke of their value to the overall infrastructure of music-making in America.  Her often-humorous (particularly related to her own musical training) but deeply insightful comments helped frame the evening in which the teachers received a certificate and recognition from Dean Robert Blocker and Associate Dean Michael Yaffe.

Another highlight of the evening was the announcement by Dean Blocker of the Dr. Reginald Mayo Teaching Artist Prize that will be awarded yearly to a Yale graduate student who exemplifies the best in serving as a Graduate Teaching Artist in the Music in Schools Initiative. Dr. Mayo, who is retiring this year as Superintendent of Schools in New Haven, has been instrumental in creating the partnership between Yale School of Music and the New Haven Public Schools.

The fifty teachers represented urban, suburban, and rural school districts, and had the opportunity to spend two full days in policy discussions led by experts in the field. View details of the program here.

The Symposium is one of the major efforts of the School of Music that has been created thanks to the support of the Yale College Class of 1957, who funded an Endowment to provide services to the New Haven Public Schools, and to allow the school of music to have a national influence on music education.